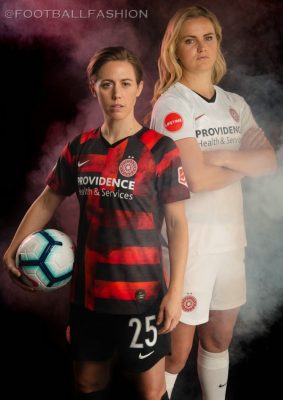 The design, which spans match, training and leisurewear, celebrates the team’s citywide fandom. At its core are the Rose City Riveters, who, clad in red, green and black, are among the most raucous supporters in women’s professional soccer. The atmosphere these fans form in the Thorns’ stadium, located in the heart of the Portland’s Goose Hollow neighborhood, is the basis for the new kits. 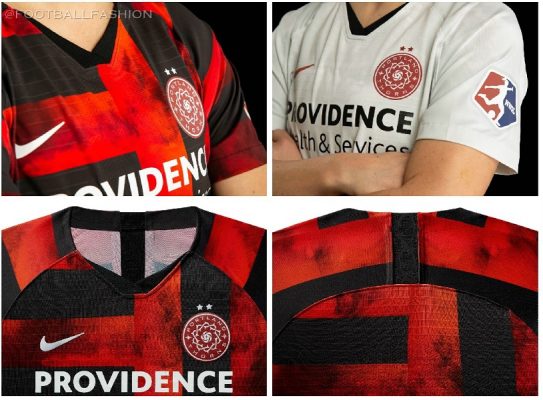 The Portland Thorns 2019 Nike primary jersey features a striking interlocking red and black design inspired by the Portland flag framing the red smoke that the Rose City Riveters set off in the North End of Providence Park when Thorns FC score a goal. 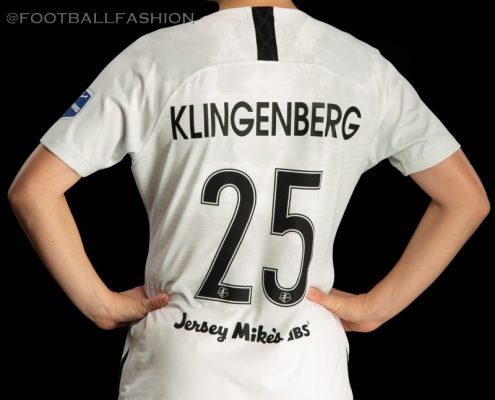 The secondary shirt displays an all-white design of grey smoke, echoing the home energy while the team is on the road. The kit is completed with an interlocking rose stem on the back-neck tape of the jersey and the back of the knee-high socks.

Providence Health & Services enters it seventh season as the club’s official jersey sponsor, while Jersey Mike’s Subs enters its first year as a club partner and is featured on the back of both the primary and secondary jerseys.

The Portland Thorns 2019 Nike home and away jerseys are now on sale at World Soccer Shop.

Continue Reading
You may also like...
Related Topics:NWSL, Portland Thorns