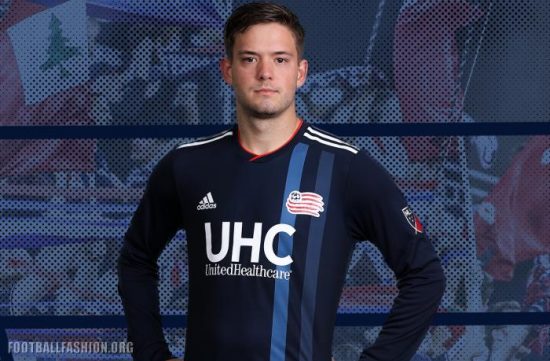 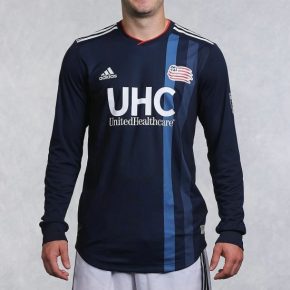 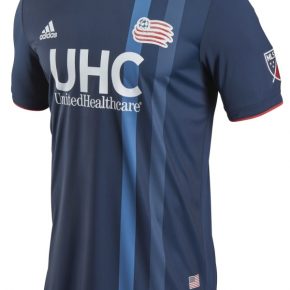 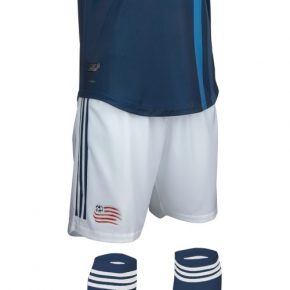 The jersey uses a new adidas template that features a classic overlapping ribbed v-neck trimmed in red. The neckline is evokes memories of adidas’ soccer kits of the late 1980s and early 1990s. 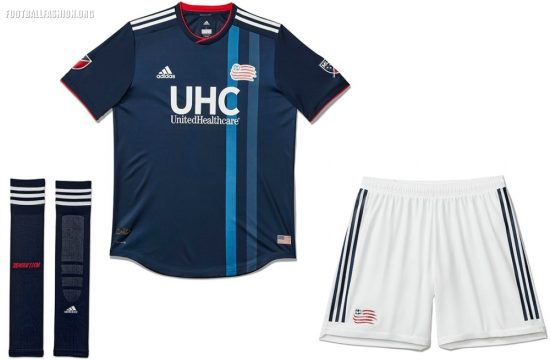 The jersey has a  print of the The Flag of New England used during the American Revolutionary War appears on its outside upper back.