Shunned by major clubs for being too small as a young boy, Antoine Griezmann has achieved against all odds. 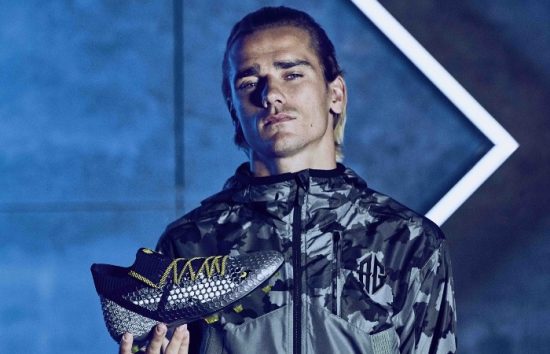 Last year Antoine Griezmann met with PUMA designers at his home. With full conceptual control over graphics and color, he went to work to create his own disruptive, eye catching design. 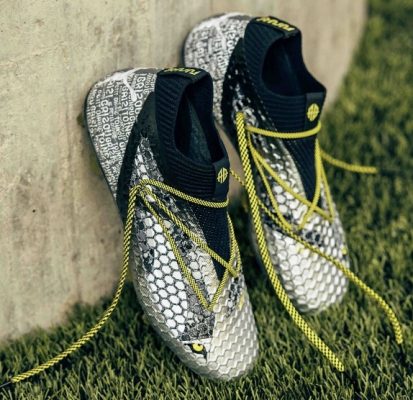 The first aspect vital to the design was the custom camo that appears on the upper and outsole of the boot. The camo was created from the silhouettes of his home the city of Màcon, the department of Saône-et-Loire, the region of Bourgogne-Franche-Comté and of course France. 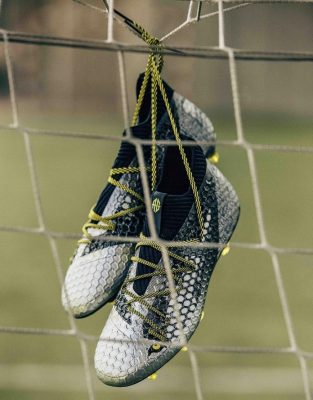 Secondly featuring across the heel area are the nicknames he has garnered on his journey to the top, Grizou, Tonie, Toinou, Le Petit Diable, El Pricipito and Antoine’s favorite and most famous, Grizi. 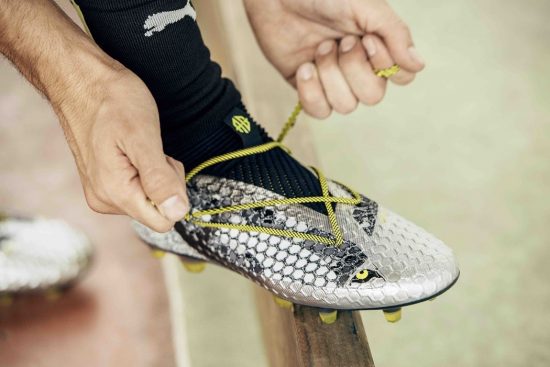 It was important to the player that the boot also represented his ‘hunter’ instinct on pitch, the player requested the wild cat’s eyes so when he looked down upon them it would inspire that inner instinct. Disruptive and reflective claw mark graphics have also been applied to the Formstripe and CAT, visible as the cameras flash on those unpredictable feet. 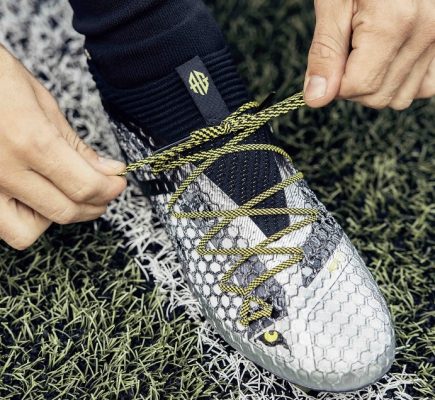 Finally, Grizi launches his new logo on the boot, fierce and aggressive in its design, again reverting back to his hunter nature on the pitch, look out for the hidden no.7 within. 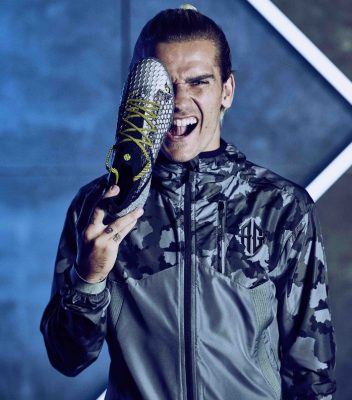 In addition to this limited Grizi edition Future, he also put his stamp on the design of a range of football inspired streetwear, adorned with his custom camo, that includes a track-top, training pant and football jersey. 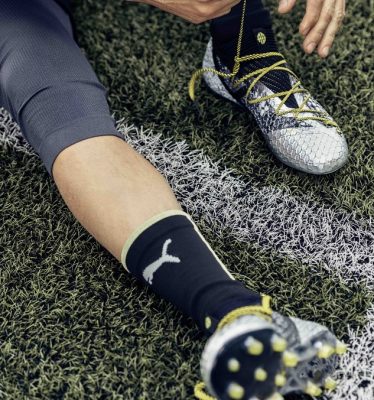 Antoine Griezmann will wear the GRIZI FUTURE 18.1 special edition during his next game with Atlético Madrid on Saturday. The boot will be available at World Soccer Shop, Lovell Soccer, Pro:Direct Soccer and Kitbag. 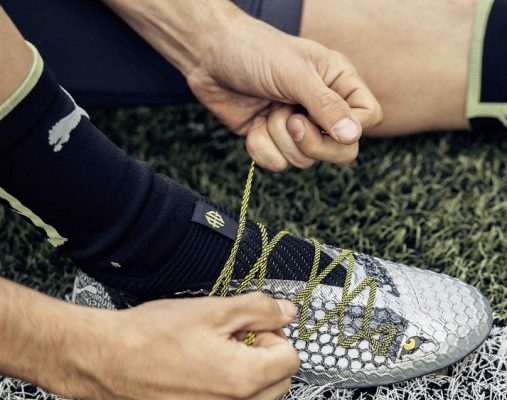