Umbro Japan has unveiled the home kit that will be worn by popular J1 League side FC Tokyo during their 2018 league and cup campaigns. 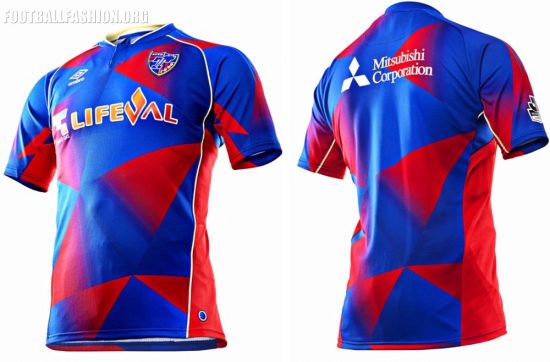 The shirt maintains the clubs traditional blue and red colorway on a bespoke design that includes a modern Henley-styled collar and golden piping running down its front sides. A series of triangles are printed on the front and back sides of the jersey to create a clever geometric effect. 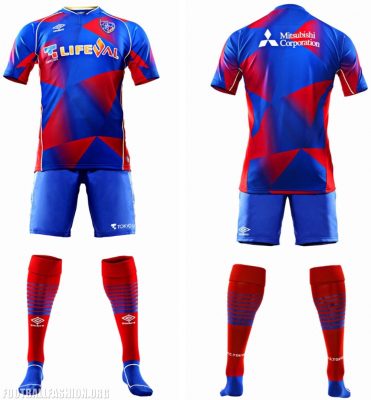