The Sweden men’s national football team will debut their 2018 adidas home kit in the first leg of the FIFA World Cup qualifying playoff series with Italy at Friend Arena in Solna on Friday.

The Swedes 2018 World Cup adidas primary shirt in in their well-known yellow with blue detailing. It is a modern interpretation of the adidas jersey worn by during their three match group stage run at the 1990 tournament in Italy. 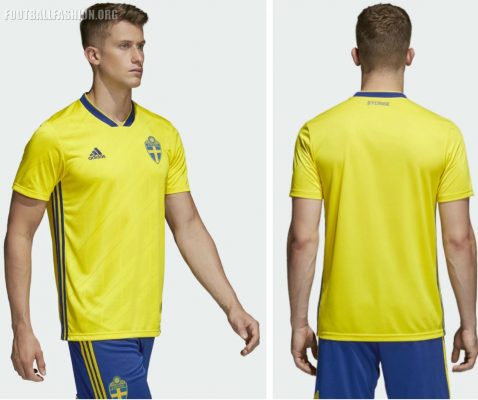 The new kit features a blue ribbed two piece v-neck that is trimmed in yellow. Like the 1990 shirt it has a series of tonal diagonal stripes on its front. Blue adidas stripes run along the flanks. The text “Sverige” (Sweden) is heat applied below the rear collar of the jersey. 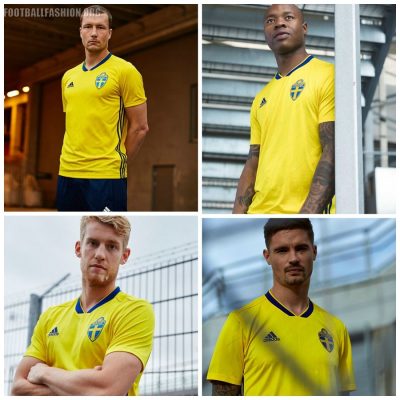 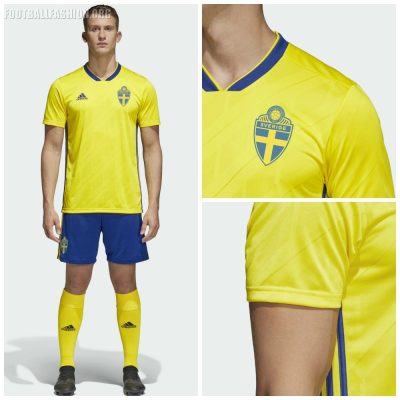 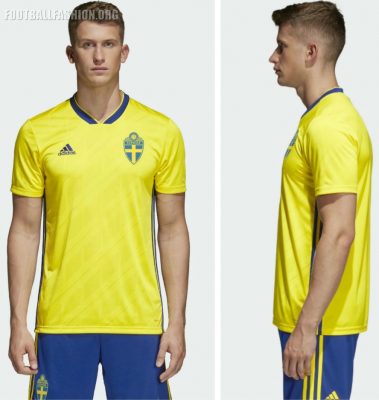 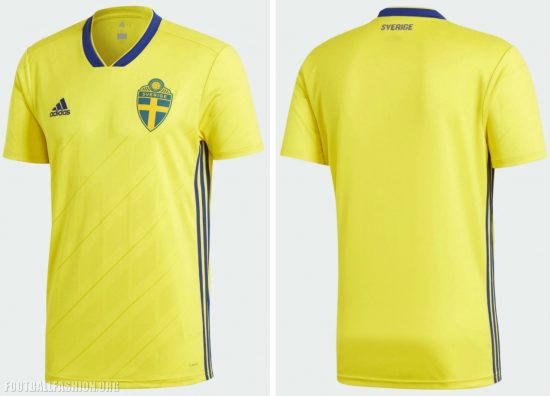