Not everything from the early 90’s has stood the test of time. But legends live on. Winding his waist like a Casanova despite the weight of time, Roger Milla, 38 years of age, became an unlikely icon at the 1990 World Cup. One hot day in June, under the blaring Napoli sun, the veteran of world football scores twice in the last sixteen game against Colombia, sending an African team to the quarter final for the first time ever.

Roger wanted to celebrate this achievement in style. His dance next to the corner flag, one hand on his belly, one hand raised towards the sky, quickly became a classic. Such a classic that a young French artist, who wasn’t born until four years later, 1994, dedicated a song to him in 2016. 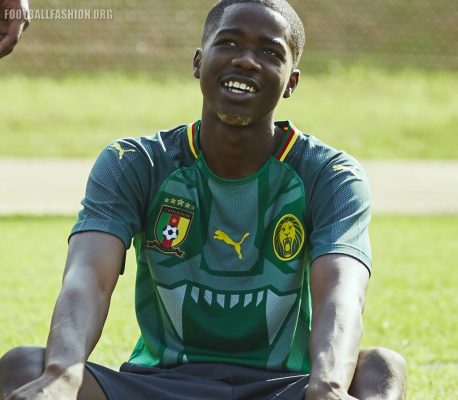 This homage was made by MHD. Known as the ‘Prince of Afrotrap’, the Parisian is a rising star in both Europe and Africa, whilst his status rises worldwide. PUMA ambassador since April 2017, Mohamed Sylla, aka ‘MHD’ recorded more than 40’000’000 views on YouTube with the song ‘Roger Milla’, inviting people to dance like the legend of Cameroon. 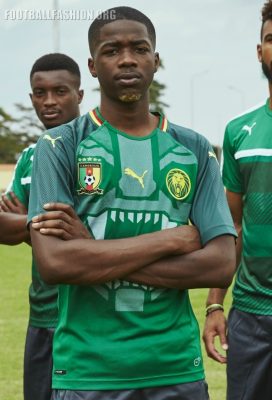 This blockbuster song has inspired many a ‘Milla’ move in parties all over the world, loved by both football players and local people. It’s a real-life generational gateway between the football of the 90’s and the football of today, the anthem also combines the game with an underground culture that illustrates perfectly the influence PUMA football has had on the African continent for decades. 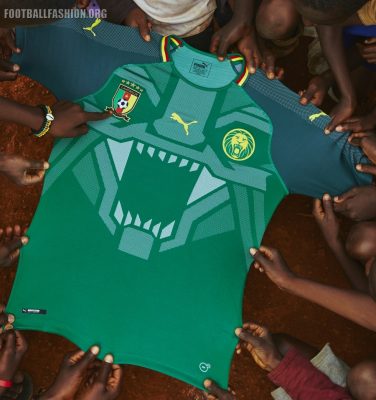 2017 marks the 20th anniversary of the collaboration between PUMA and the Cameroonian football federation. It’s with the will of celebrating this milestone with the reigning African champions and the future host of the CAN 2019 that PUMA has decided to reveal the 2018/19 home shirt (available soon at World Soccer Shop,  UK Soccer Shop, Lovell Soccer, Pro:Direct Soccer, Subside Sports and Kitbag) of the Indomitable Lions in such a way. 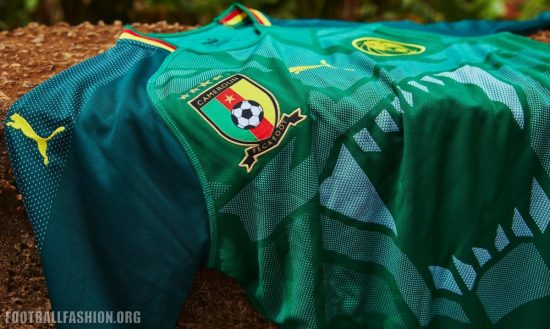 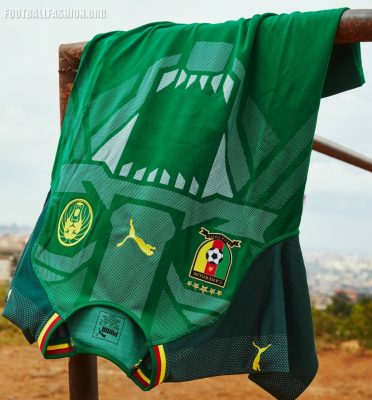 Both players and rappers lives now are closer than ever, both intertwined and obsessed with football and music respectively, bringing the culture of the game to the street and vice versa. Whether in the dance hall, the console, or the pitch this is a generation that likes to play, with style, freedom and flair. 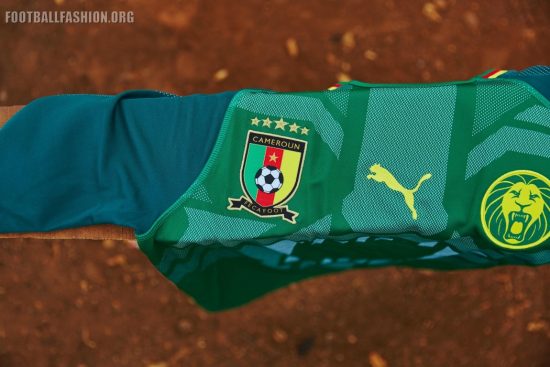 Roger Milla was there to witness the scenes and show his approval for the adoption and promotion of his famous hip swing and at the same time the new home kit of his Cameroon. A true handover between the old and the new generation.

Designed to reflect the pride and passion of the fans and nation the shirt incorporates a modern and striking interpretation of the famous roaring lion crest into its design. A truly impactful emblem that will inspire and invigorate these modern-day lion kings to play with no fear. 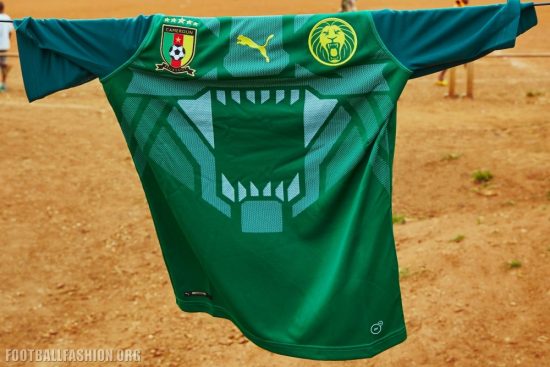 The flag of Cameroon is represented on the collar, and that unforgettable green rekindles memories of the first time you pulled on the shirt and watched your home heroes on TV, that Roger Milla dance, that first time you felt real joy, your First Passion. 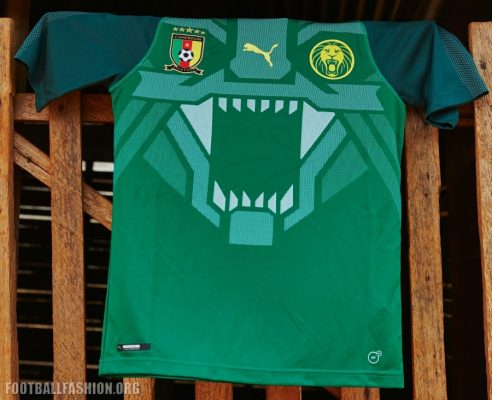 Getting into the details you will notice engineered cooling fins in key zones on the Cameroon 2018/19 primary shirt that act as channels regulating your bodies temperature, whilst dryCELL technology provides moisture management across the fabric with high performance yarns that wick sweat away from the body. All this is packaged into the seamless evoKNIT construction of the shirt that provides a lightweight ‘second skin’ feel so the fabric moves with the players body and not against it, allowing for better freedom of movement on the pitch. 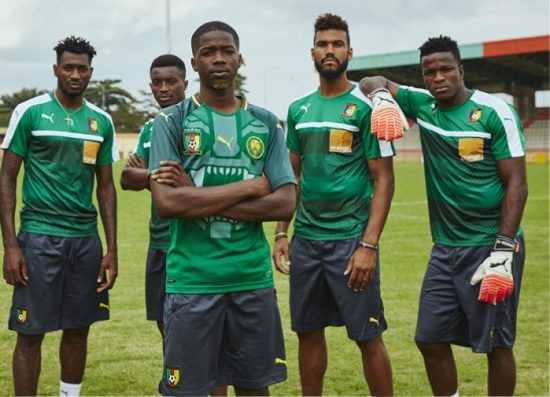