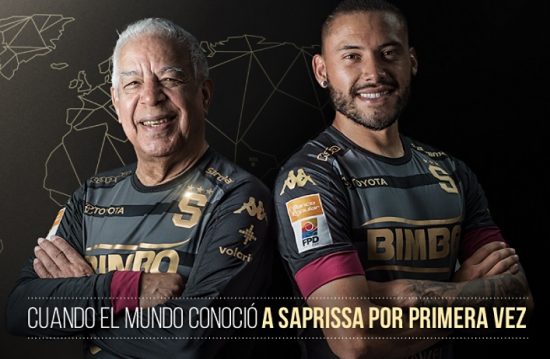 The three-time CONCACAF club champions new change kit celebrates the legacy of the team’s 1959 side that went on a world tour from March to June of that year. 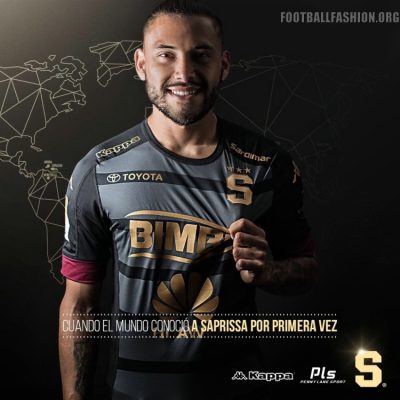 They became the first Latin America team to embark on such and endeavor playing 25 matches in 22 countries from the Caribbean to New Zealand. A specially designed golden print on the outside upper back commemorates the accomplishment. 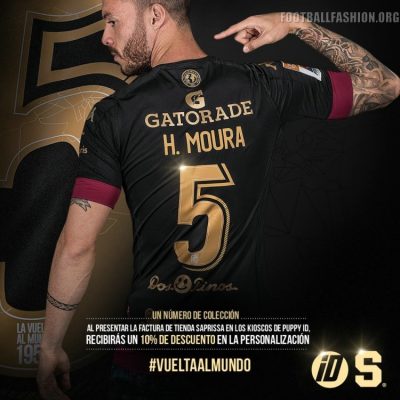 The Saprissa 2017/18 third jersey is has a gray based with frontal hoops in a darker shade of the color. The sleeves, shoulders, rounded collar and back are also in dark gray. The famous claret of La S’ home kit is present at the sleeve cuffs and waistline.