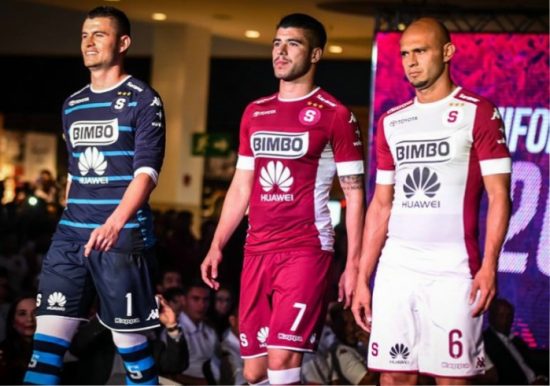 The thirty-three time Costa Rican league champions unveiled the new primary uniform along with their 2017 away strip last week. Both use the roundneck Kappa Kombat 2017 shirt design that was first seen last summer with the launch of the 2016/17 Wigan, Napoli and Torino kits. 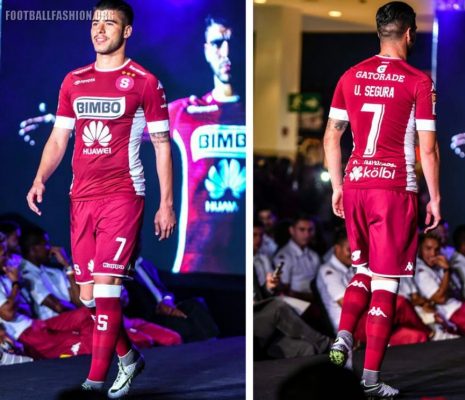 The Saprissa 2017 Kappa home jersey is in the club’s traditional claret with white detailing. The away shirt reverses the color scheme for a predominantly white look with claret sleeve and flanks. Tonal hoops run along the fronts of both kits. 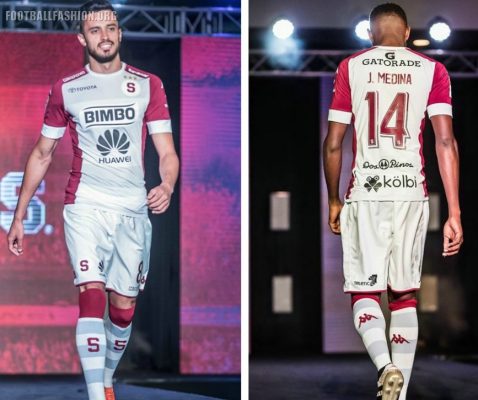 Additional customized details include a print of Deportivo Saprissa’s club values on the inside necklines and the Costa Rican national flag on the signoff areas. 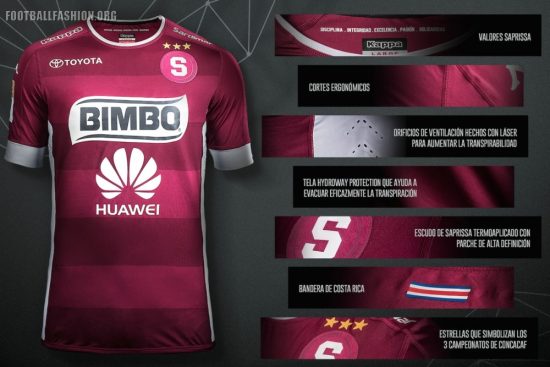 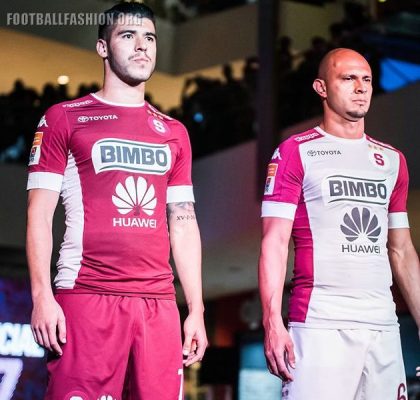