Defending US Open Cup champions and last year’s MLS regular season overall first place finishers FC Dallas will don a solid colored away jersey for the first time since 2006 during their 2017 campaign. The Texas club has worn secondary shirts featuring blue and white hoops for the past ten seasons. 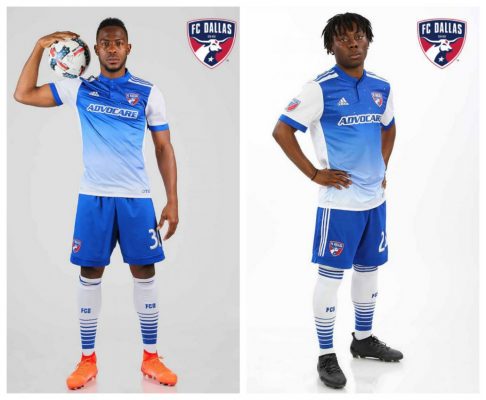 Revealed on Friday night, the FC Dallas 2017 adidas away kit has an all blue front and all white back. The flanks and sleeves of the jersey are also white. A series of eleven stars representative of FCD’s starting XI appear on the kit’s chest area. The blue background represents the Texas sky. 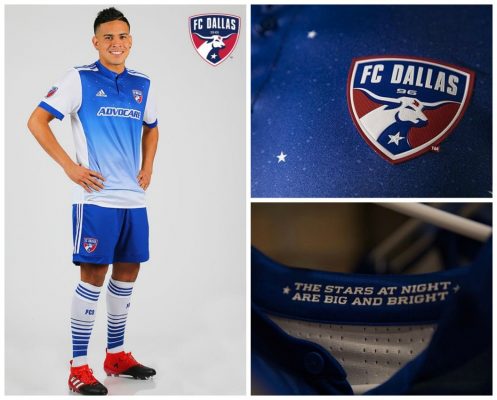 The shirt fades to white towards the waistline in an ode to the hues of the Texas horizon. Another tie to FC Dallas’ home state is a printed Texas flag on its signoff area. 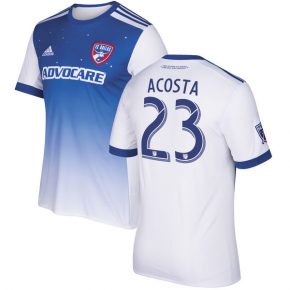 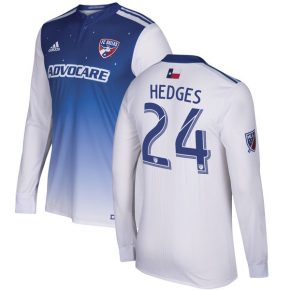 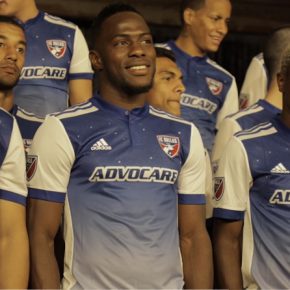 A line from FC Dallas’ supporters “Deep in the Heart of Texas” is printed on the inside collar. The fans rally cry “Dallas ‘Til I Die” is represented on the kit’s jocktag via the initials “DTID” 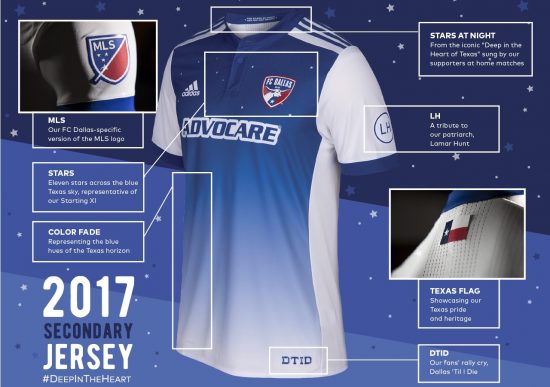 The FC Dallas 2017 adidas home jersey will be on sale at World Soccer Shop, Kitbag and UK Soccer Shop.