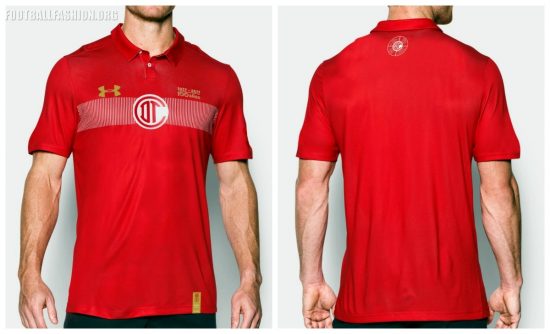 The jersey uses the same Under Armour design as Toluca’s 2016/17 red home kit. All sponsor logos are removed from the commemorative shirt however.

The UA logo on the kit’s right breast is embroidered in gold to match with text reading “1917 – 2017 100 Años” on the left. A circular stamp celebrating the club’s value is printed on the outside upper back.

The Toluca FC 2017 100th Anniversary jersey is limited to 3,000 units which come in collector’s boxes. Each is individually numbered via a tag on its inside neckline. 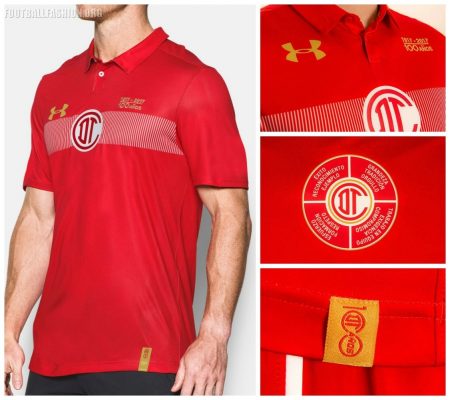