The collector’s edition shirt will be worn on April 8th, 2017 when ” Les Pitchouns” host Olympique de Marseille at the Stadium Municipal in French Ligue 1 action. 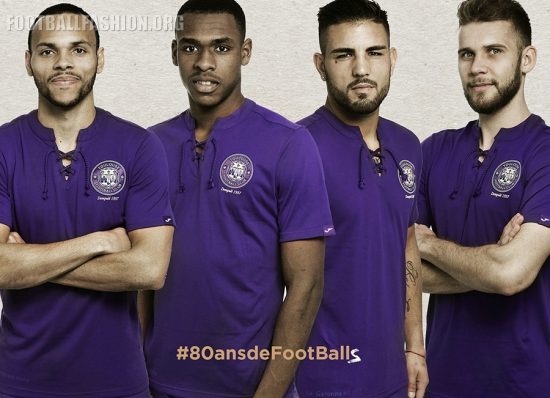 The Toulouse 80th Anniversary shirt is completely in the purple of the club’s crest. It features a retro drawstring collar that was common among football kits in the mid-twentieth century. A heatstamp of the club’s motto of “La Garonne est Viola” (The Garonne is Purple) appears on the lower right front of the jersey. 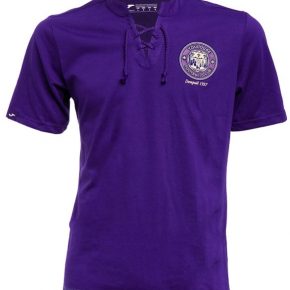 Sponsor logos are absent from the launch version of the kit. Joma’s “J” logos only appear on the small tags on its sleeve cuffs. 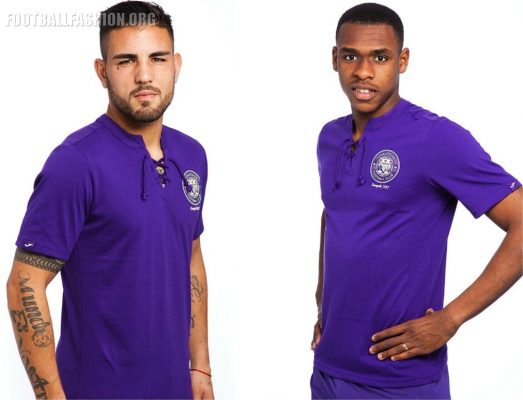 The 80th Anniversary that the new Toulouse kit celebrates is that of the now defunct Toulouse FC that existed from 1937 to 1967. The current incarnation of the club began as Union Sportive de Toulouse in 1970.