The only Major League Soccer team to win MLS Cup in their first year of existence, the Chicago Fire today unveiled their 2017 away jersey. 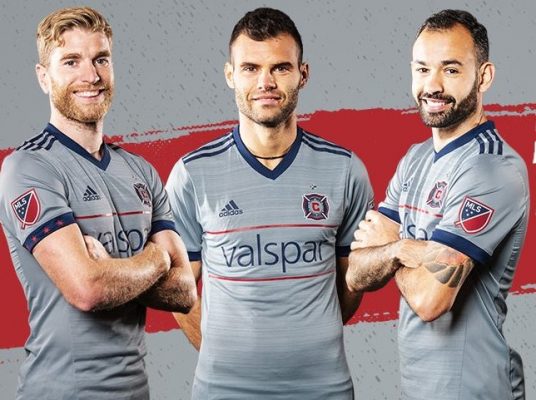 The only new kit expected from the club for what will be their twentieth season, the new Fire shirt is uses the gray at the center of the club’s crest as its base color. It uses a new adidas soccer jersey design for 2017 that features a classic ribbed v-neck and sleeve cuffs in dark blue. The jersey’s adidas shoulder stripes are also navy blue. 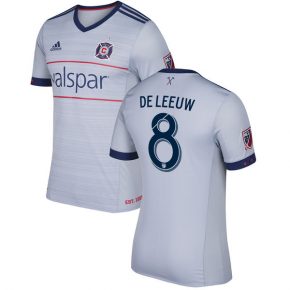 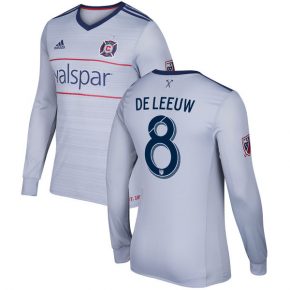 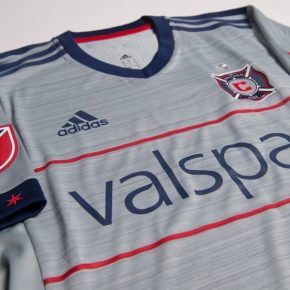 The Chicago Fire 2017 adidas away kit includes several details related to the team and its city. These include the year of the Fire’s founding, 1997, printed in red on its jocktag, cross fireman’s axes on its outside upper back, and the six pointed stars of the City of Chicago’s flag on its sleeve trip. The stars also appear on the socks that accompany the jersey. 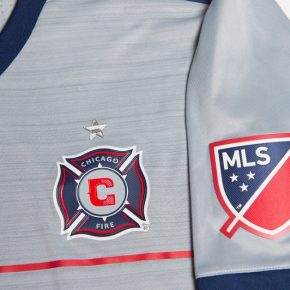 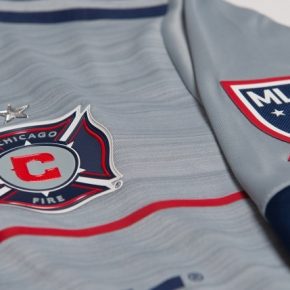 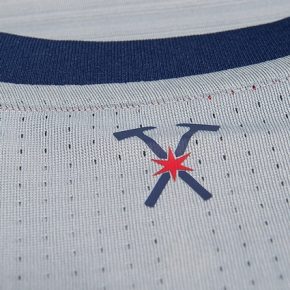 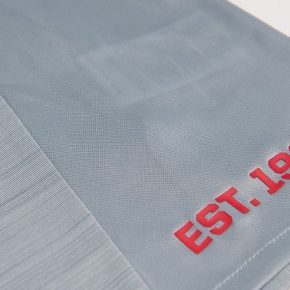 The World Soccer Shop, Kitbag and UK Soccer Shop Major League Soccer sections will all carry the Chicago Fire 2017 away kit in the lead-up to the upcoming MLS season. 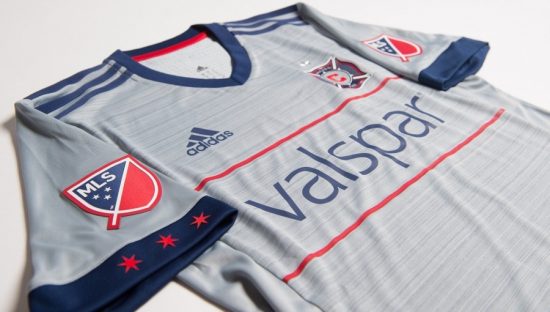 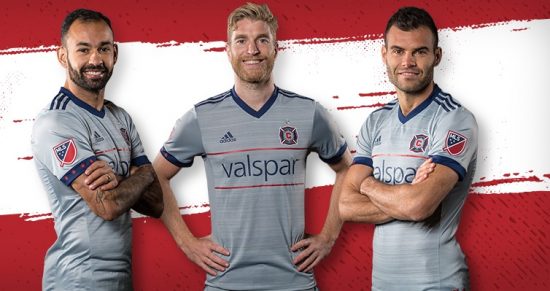