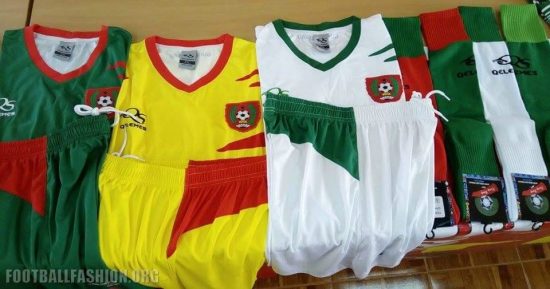 The first time qualifiers AFCON 2017 match range includes no less than four kits. The are in red (home), green (away), yellow (third) and white (fourth). All four shirts use a relatively simple v-neck design that is highlighted with a series of prominent animal stripes (perhaps inspired by Guinea-Bissau men’s national football team’s nickname of “Djurtus” / African wild dogs).

Guinea-Bissau is expected to play in the red kit when they kick off their 2017 Africa Cup of Nations run against Pierre-Emerick Aubameyang and Gabon in Libreville on January 14. They will also meet Cameroon and Burkina-Faso in the group stage of the biennial African soccer championship.