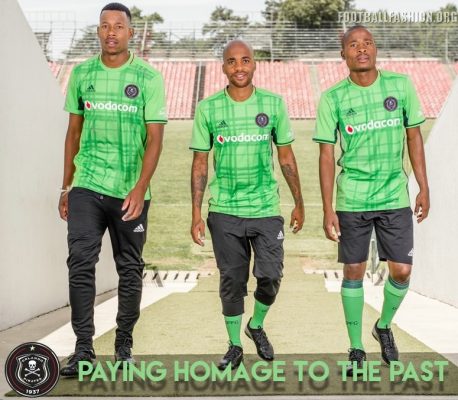 Modeled by Bucs players Happy Jele, Oupa Manyisa and Thabo Matlaba, the Orlando Pirates 80th Anniversary jersey uses a green based inspired by the away shirt worn by the club when they defeated Ivory Coast’s ASEC Abidjan to win the 1995 CAF Champions League Final.

The shirt uses a current crewneck design from adidas featuring a modern plaid design on its front and back. The plaid pattern is also used on the slightly different with 2016/17 Ukraine home and away kits.

The Orlando Pirates 1995 Away Kit