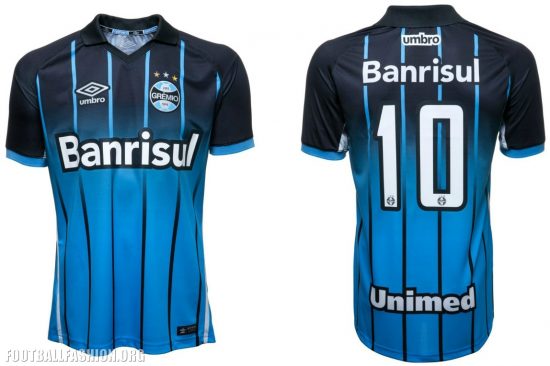 The new Tricolor shirt will see action during the rest of the 2016 Campeonato Brasileiro Série A season and during the 2017 Campeonato Gaúcho (Rio Grande do Sul State Championship).

Gremio’s 16/17 Umbro third jersey has a classic football shirt ribbed v-neck / polo collar combination. The black at its chest and shoulder areas fades to a ligh shade of blue towards the lower two thirds of the kit through a gradient effect. Thin vertical stripe with a reverse color transition run along the the front and back of the jersey. 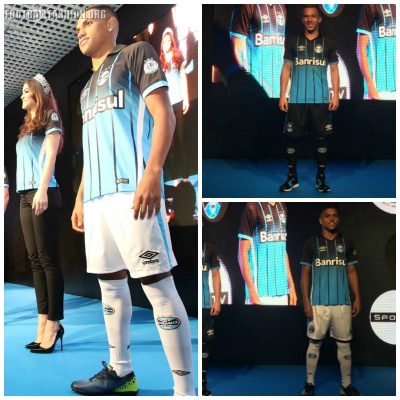 Modeled by Olympic soccer gold medalists and current Gremio players Luan and Walace at the club’s 113th Anniversary celebration, the shirt will be matched with either black shorts and socks or white shorts and socks. It made its debut during Sunday’s Campeonato Brasileiro Série A meeting with Fluminense FC. 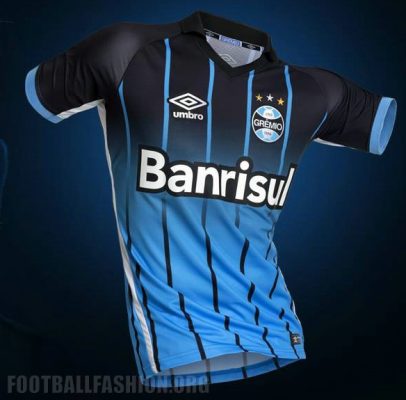