The Txuriurdin (White and Blue) will be back in action in kits from adidas España the fifth season in a row for their upcoming league and Copa del Rey seasons. 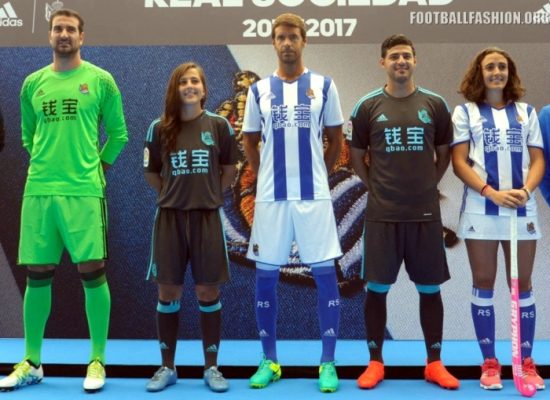 The Real Sociedad 2016/17 home shirt features their traditional blue and white vertical stripes on its front. Its sleeves and sides are in white while its back is all blue. Blue adidas stripes adorn the flanks of the jersey. The kit has a modern v-neck collar that is blue at its front and white in the back area. 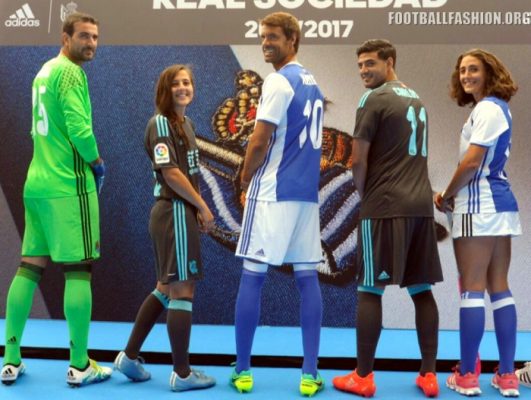 Real Sociedad’s new away kit is a contemporary rounded neck affair that uses a black base. The detailing on the shirt (including its adidas shoulder stripes, logo, crest and sponsor branding) is in a light shade of blue. Like the home jersey, the Basque flag is printed on the signoff area of the kit as a symbol of regional pride.

The Real Sociedad 2016/17 adidas home and away kits are now on sale at UK Soccer Shop.