The unveil of SSC Napoli’s 2016/17 Kappa match range was completed earlier today with the debut of Gli Azzurri (The Blues’) new away kit during a 5-0 win over AS Monaco. 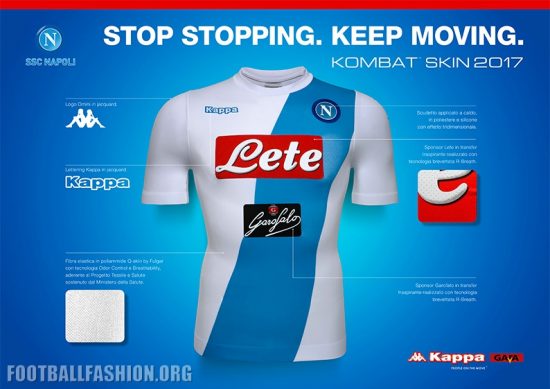 Like their new home and third shirts, SSC Napoli’s 16/17 alternate jersey uses the new crewneck Kombat Skin 2017 kit template. It features a white base with a sash in Napoli’s primary sky blue on its front. 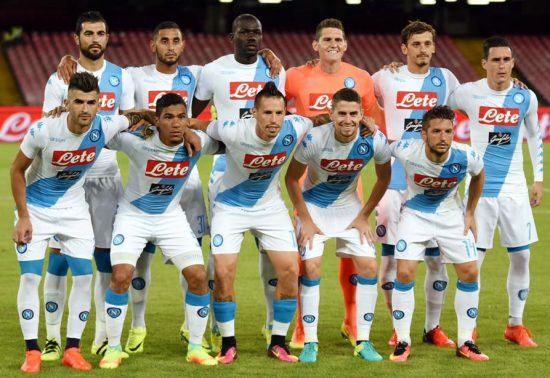 The Kappa branding and player name and numbering on the shirt are also in sky blue. White shorts and socks with light blue detailing complete the SSC Napoli away uniform for their upcoming Italian Serie A, Coppa Italia and UEFA Champions League seasons. 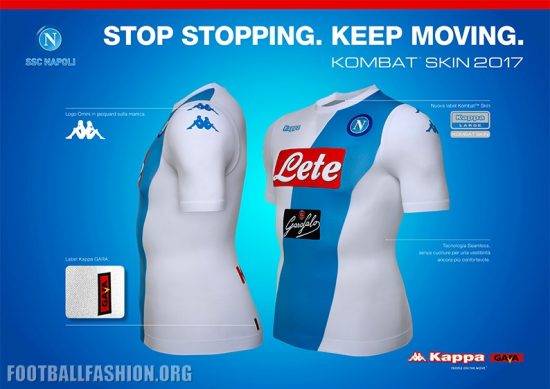 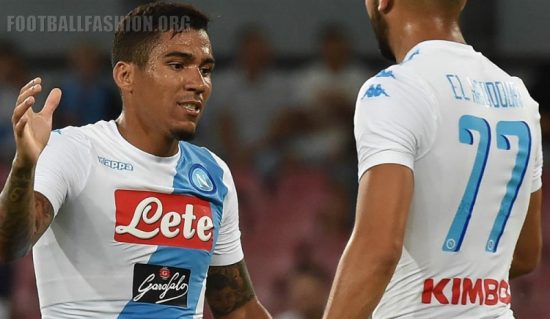