UEFA Champions League bound Villarreal Club de Fútbol have signed a four-year with with Joma following the end of their deal with Chinese firm Xtep. 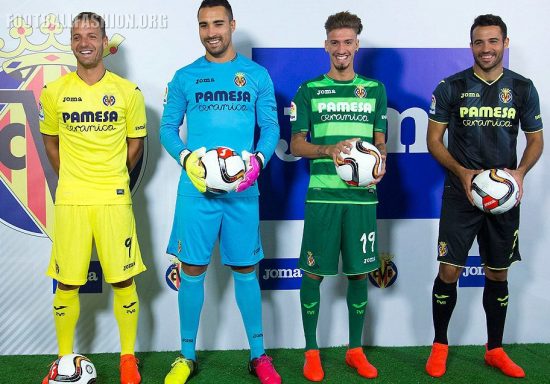 The Villarreal 2016/17 home shirt is in the club’s distinctive bright yellow with a small amount of dark blue detailing. The away jersey is slate colored with three black stripes on its front and back and a gradient effect that blends to black towards its bottom. A green third kit will act as an alternate change strip for the 2006 Champions League semi-finalists. It is highlighted by a series of light green horizontal stripes on its front.

With Joma taking over as Villarreal’s technical partner, their kits are now expected to be easier to find than their elusive Xteps shirts. Look out for them at the World Soccer Shop, UK Soccer Shop, Subside Sports and Kitbag La Liga shops.