New Balance completed the launch of the Sevilla Fútbol Club 2016/17 kit collection on Wednesday with the reveal of Los Rojiblancos (The Red and Whites) new third strip. 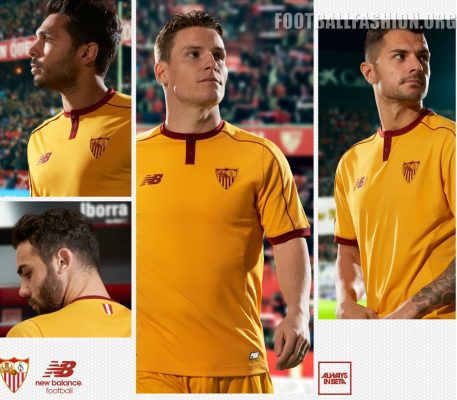 Like the already released Sevilla FC 16/17 home and away jerseys, the Spanish La Liga club’s new change uniform has been launched as part of the ‘Miedo a Nada’ (Fear Nothing) campaign for the 2016/17 season, which gives insight into the club’s fearless approach to the new season and desire to reach the pinnacle of La Liga and the UEFA Champions League. All three shirts will be on sale at World Soccer Shop, UK Soccer Shop, Subside Sports and Kitbag.

The kit has been developed using NB Dry technology, a moisture wicking fabric that helps keep players cool and dry whilst wicking sweat from the body, making it fast drying. Laser cut and bonded eyelets placed to the under arms coupled with engineered mesh panels to the side seams for airflow around the body.

Richard Wright, General Manager of New Balance Football said: “Sevilla FC has had incredible success in Europe and we’ve developed this kit in conjunction with the club to ensure they are ready for the next European challenge. It’s heavily influenced by the city and it completes a really strong kit collection for Sevilla for the 16/17 season.” 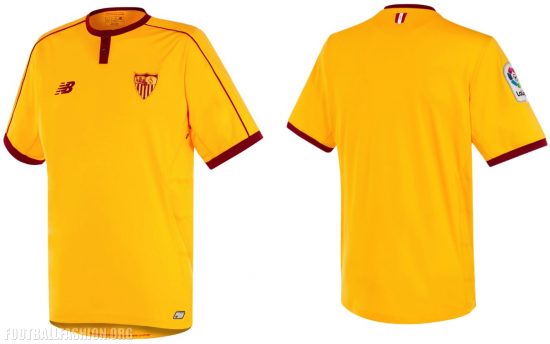 Sevilla defender Coke said: “We’re very excited for the new challenges we face in Europe next season and we think this kit is great. We think the fans will really like the design. We all can’t wait to wear this on Europe’s biggest football stage.” 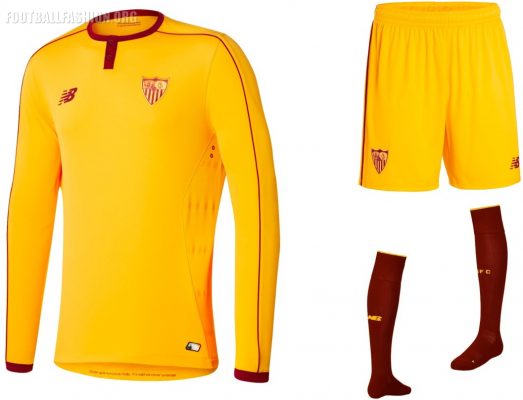