Today New Balance has officially revealed the 2016/17 Sevilla Fútbol Club away kit. The kit has been launched as part of the ‘Miedo a Nada’ (Fear Nothing) campaign for the 2016/17 season, which gives insight into the club’s fearless approach to the new season and desire to reach the pinnacle of Spain’s La Liga and to compete in the UEFA Champions League. 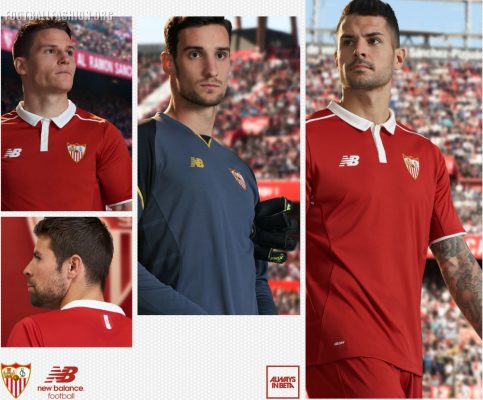 The kit has been developed using NB Dry technology, a moisture wicking fabric that helps keep players cool and dry whilst wicking sweat from the body, making it fast drying. Laser cut and bonded eyelets placed to the under arms coupled with engineered mesh panels to the side seams aid airflow around the body. 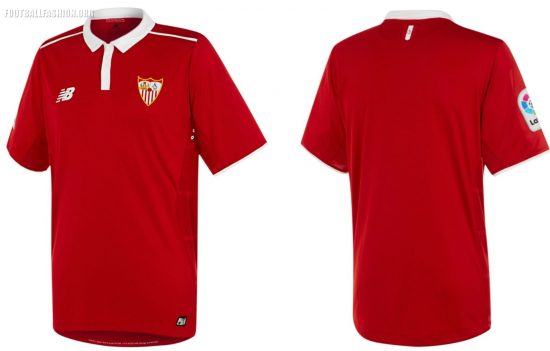 Pompeian Red has been chosen as the dominant colour for the Sevilla FC away kit – with the design reversed to mirror the home kit – with white flashes, highlighting the cuffs, tracing the shoulders and for framing the fold-over collar and button placket. The kit is finished off with Pompeian Red shorts and socks. The socks have white tipping details finished with white club SFC branding.

Sevilla’s new goalkeeper kit is constructed with engineered NB Flex fabric panels for range of movement. These Flex zones are called out by contrast heat transfers. The away goalkeeper kit features a Thunder grey body with black and citrus shoulder detailing.

Sevilla FC midfielder Vitolo said: “All the team really like this kit. When we play away matches we want to feel confident that we can intimidate the opposition and this bold design will help us to do that. We’re excited to wear this in the new season.” 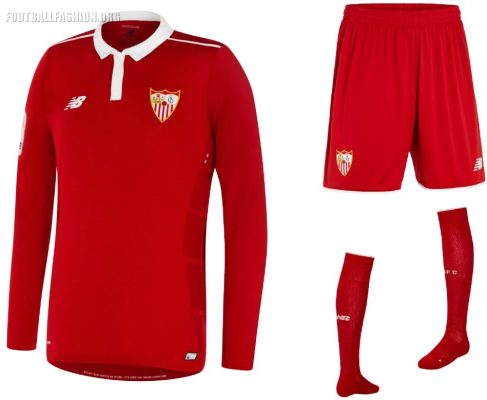 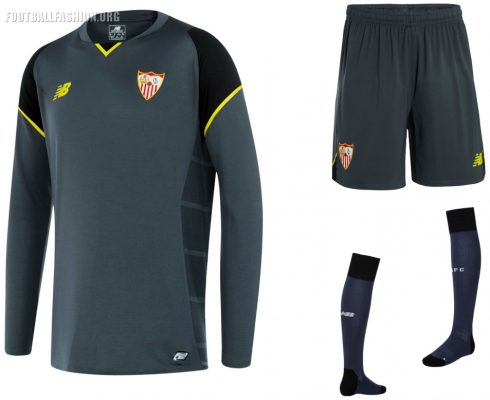