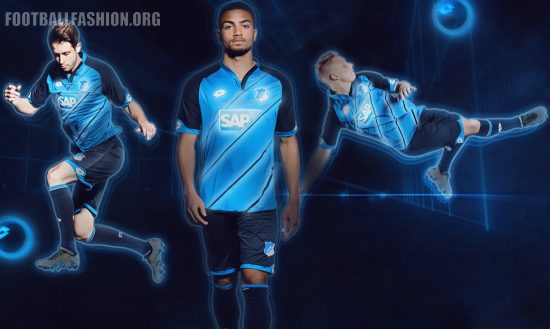 Available soon at UK Soccer Shop and Subside Sports., the latest Hoffenheim home shirt introduces a new kit design from Lotto. It uses two shades of blue along with the now popular Y-neck collar. A series of diagonal stripes run along the front of the jersey while its back is solid blue to allow for clear visibility of player names and numbers. 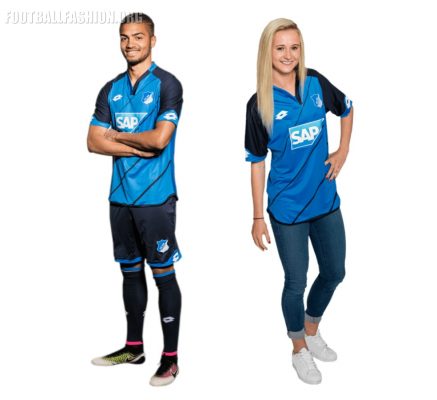 The sleeve and shoulder areas of the 16/17 Hoffenheim home shirt are in navy blue and match with the shorts and socks that accompany it.

TSG 1899 Hoffenheim’s nickname of “achtzehn99” is printed in white on the signoff area of the jersey. The sponsor logo and Lotto branding on the shirt are also in white. 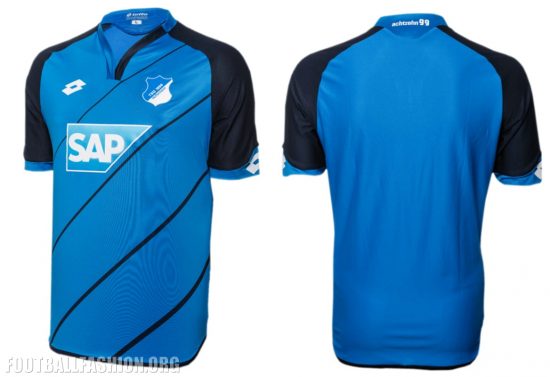