Saeta Sport and the Fédération Haïtienne de Football (FHF) today launched the Haiti Copa América home jersey. The new shirt will also be worn by the two-time Caribbean champions over the course of the 2016/17 international football calendars including World Cup qualifiers and is now available at World Soccer Shop. 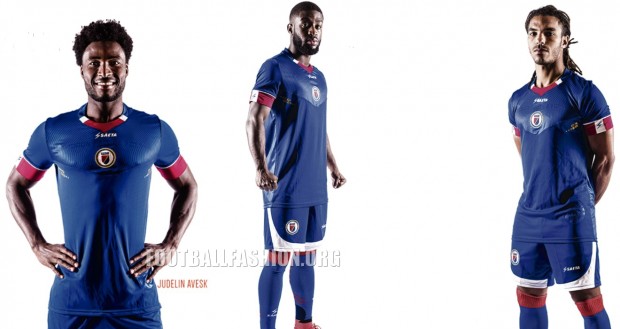 The Haiti 2016 Copa America home kit is in the traditional blue of Les Grenadiers. It uses a very modern design from Saeta that includes a rounded collar in the blue, red and white of the Haitian national flag. Its sleeve cuffs are enlarged and features a red and white striped look. The FHF crest appears at the jersey’s center chest and is surrounded with a series of embossed semi-circles. 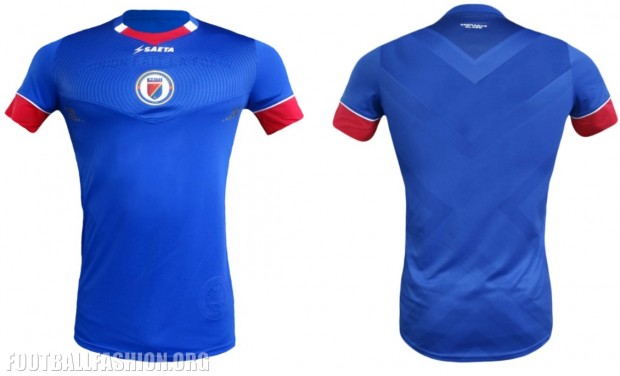 Haiti will debut their 2016/17 Seata home kit when they meet Colombia in an international friendly in Miami on May 29. They will meet Brazil, Peru and Ecuador in Group B of Copa America Centenario in June.