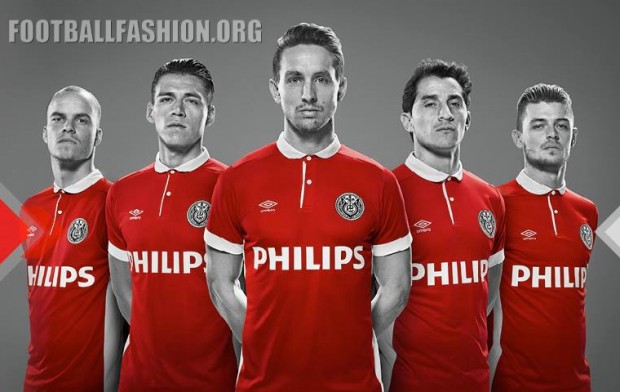 While Phillips will remain a major sponsor of PSV, they will end their shirt sponsorship deal with the former European champions.

The PSV 2016 Umbro Heritage shirt is inspired by their 1982/83 home jersey. The kit was the first that Phillips sponsored.

Well-received by the club’s fans, the kit has a red base like the 82/83 jersey. Umbro has given it a truly classic football shirt feel with a bespoke design featuring a white polo collar with curved edges, a two button placket, white sleeve cuffs and white side panels.

The text “PROUD OF YOU” is printed on its signoff area. The current PSV crest has been replaced on the kit by the with the team’s first badge (worn from 1917 to 1937).

Currently in second position in the Eredivisie, PSV will done their 2016 Heritage kit for their final two games of the 2015/16 season. 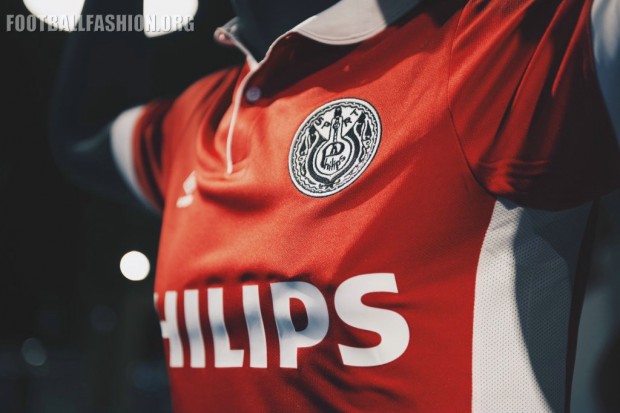