Albirex Niigata have a four kit match range from adidas for their 2016 Japanese J1 League and domestic cup seasons. 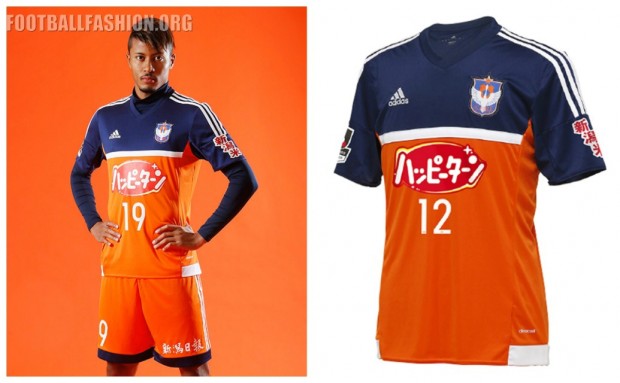 The well-supported club’s 2016 home kit is in their usual orange and blue. The striped primary look that Albirex Niigata have favored in over the past two seasons has been replaced with a jersey featuring an orange lower portion with the chest and shoulder areas on the kit in dark blue. The adidas branding on the shirt is white along with a stripe in the chest area. 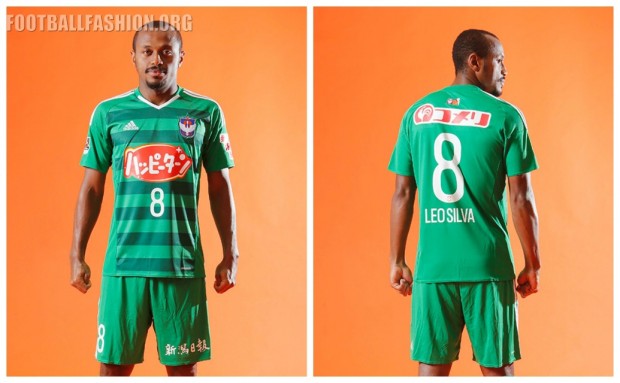 Albirex Niigata’s 2016 adidas away jersey is green with tonal stripes on its front. The team’s cup kit uses the same design in dark blue. The 2016 Albi third shirt is all white with orange accenting.

Albirex Niigata have worn all four of their 2016 kits during their ongoing J1 and J. League Cup runs. 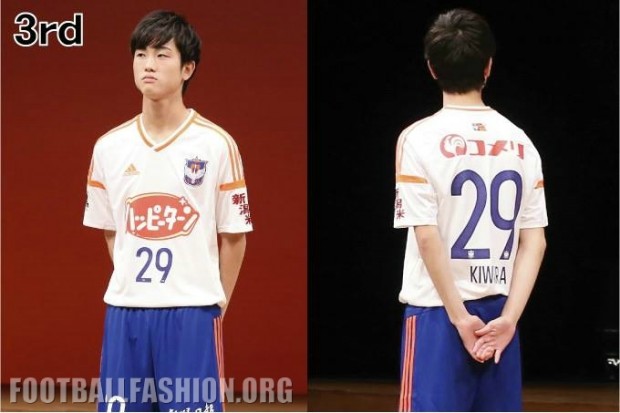