adidas and the Fédération algérienne de football have dropped the Algeria 2016/17 home and away kits. The new uniforms will be worn by Leicester City star Riyad Mahrez and the rest of the talent-rich North African side starting with tomorrow’s 2017 African Cup of Nations qualifier against Ethiopia. 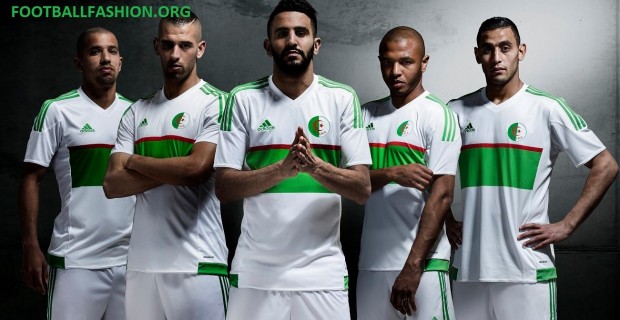 The Algeria 2016/17 home kit is in the traditional white of the former African champions. It uses adidas’ new Molin 16 kit template featuring a prominent chest band containing the green and red of the Algerian national flag. 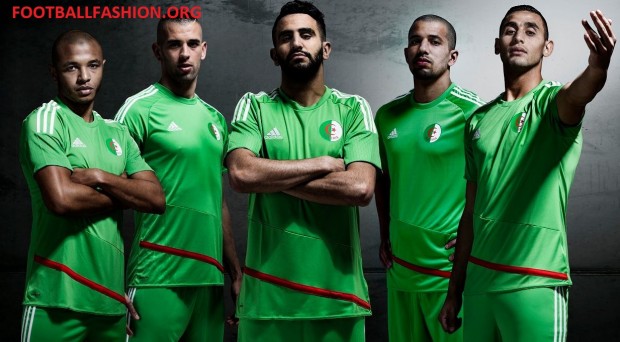 The new Algeria away it sticks with Les Verts’ usual alternate green. It is one of only a few new shirts so far to use the adidas Regista 16 design that is highlighted by a sash on its lower front.

Round of 16 qualifiers at the 2014 World Cup, the Algerian men’s national team is currently ranked 37th in the wolrd by FIFA and 3rd in Africa (behind Cape Verde Islands and Ivory Coast).