PUMA today released the evoPOWER 1.3 football boot. It makes it on the pitch debut worldwide in the English Premier League, Spanish La Liga and Italian Serie A this week.

The new boot is now available for purchase in synthetic and leather versions at World Soccer Shop, Lovell Soccer and Kitbag. 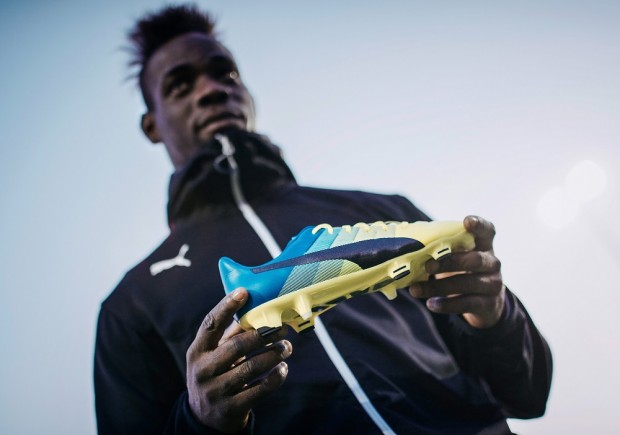 According to PUMA: At PUMA, too much power is never enough in football, as the global sports brand today introduced the all new evoPOWER 1.3. The vibrant yellow football boot comes with a complete new outsole and improved upper material that combine to enable even more flexibility of movement for the foot. The new evoPOWER 1.3 will be worn by PUMA’s experts of power, Cesc Fàbregas, Mario Balotelli, Olivier Giroud and Yaya Touré amongst many others.

As with previous boots within PUMA’s evoPOWER family, the new evoPOWER 1.3 is still grounded in the principles of barefoot kicking, designed to enhance what the body does naturally. Taking this concept to new levels, the evoPOWER 1.3 now provides even more flexibility through the outsole, which leads to more kicking power.

When creating this new outsole, PUMA focused on how force travels from the heel to the forefoot, and from the lateral to medial side of the boot. The improved configuration of bladed and conical studs allows for more manoeuvrability and gives extra stability in the midfoot for the standing leg when kicking. The new evoPOWER 1.3 further features optimal ground penetration in all weather conditions. 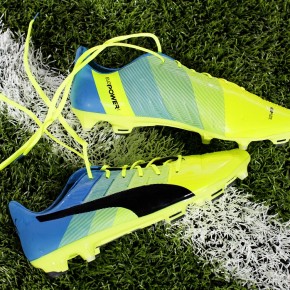 An increased amount of AccuFoam in the upper provides a smoother and cleaner kicking surface for more precision when kicking the ball. Finally, the one-way stretchable Adap-Lite upper allows the foot to bend in a way that it mimics a barefoot kicking motion. 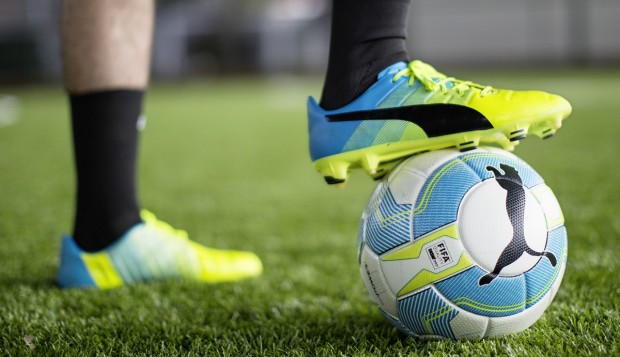 Cesc Fàbregas commented on the new boot, “Since the evoPOWER was first launched in 2014, PUMA has managed to improve this great boot even more each year. What I especially like about this version is the stability it gives in matches and training, which helps improve my performance. The new colour is great, it will catch a lot of attention on pitch.”