Nike Football is celebrating the goalscoring exploits of in-form Poland and Bayern Munich striker Robert Lewandowski with the release of his exclusive Hypervenom II boot. 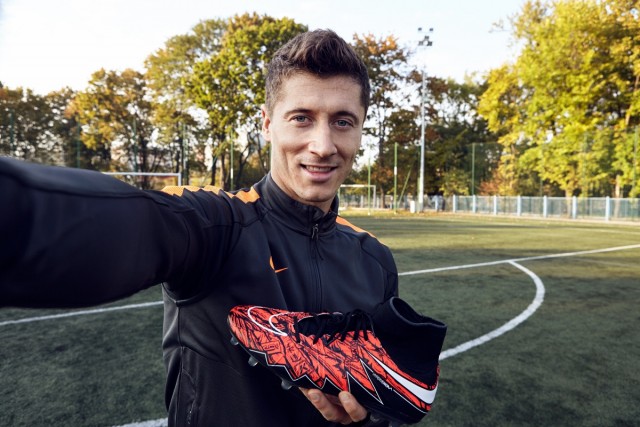 According to Nike: Polish striker Robert Lewandowski is on fire. His record goal-scoring pace means he has tallied 100 Bundesliga goals faster than any foreign player to date. It also makes him one of Europe’s most feared strikers. To celebrate these distinctions, Nike Football presented Lewandowski with a unique design of Hypervenom II. 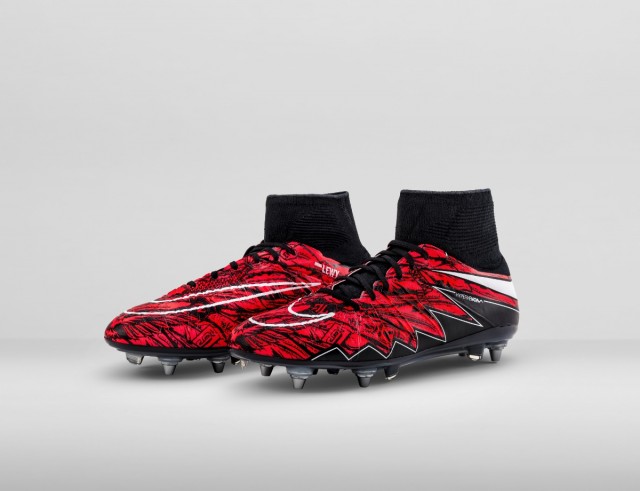 The custom red and black Hypervenom II takes inspiration from Lewandowski’s fighting spirit and incorporates fiery graphics that connect to the player’s past, emphasizing the intrepid characteristics that make him fearless in confrontation and lethal in front of the goal. 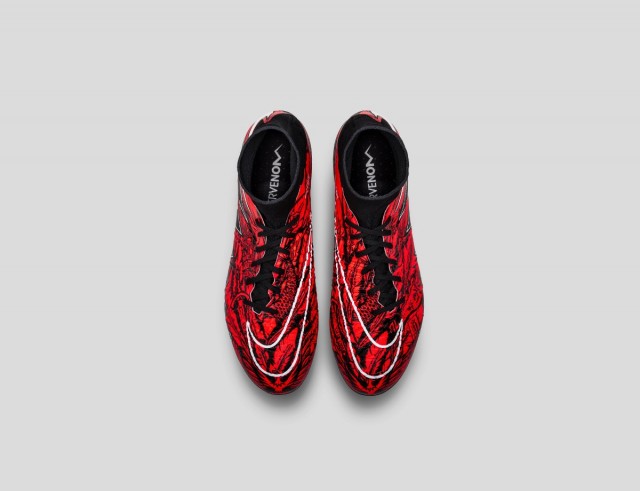 “Every time I step onto the pitch, I know that I will fight for the best result for my team. Having these Hypervenom made just for me is a true recognition and inspiration,” says Lewandowski. “Fierce, demanding battles await us and it is very special to have these boots full of personal and meaningful symbols to mark this important time of my football life”

Central to the design is the Eagle – a principal element of Polish visual identity. The motto of Lewandowski’s hometown of Warsaw, “Semper Invicta” (Always Invincible), also appears, reinforcing the striker’s steely mindset. Other symbols on the boots include Lewandowski’s personal logo, jersey number and a judo belt that pays tribute to the player’s father, who was a judo athlete.