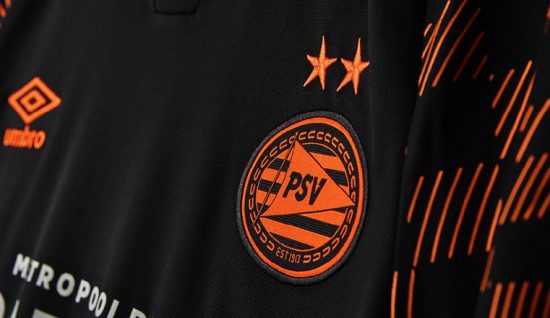 The former European Champions willl travel in a mainly black alternate jersey next season. A series of orange squares is appears on the sleeves. They are inspired by the checkered flag of Eindhoven’s province of North Brabant. 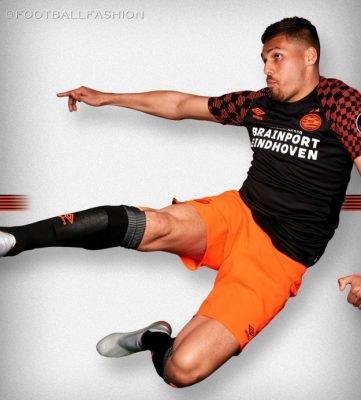 PSV’s motto of “Eendracht maakt macht” (United We Stand) is printed on the inside neckline. A striped graphic in the club’s primary red and white is printed on the upper back. It is inspired by PSV’s first wooden stand erected in 1916. 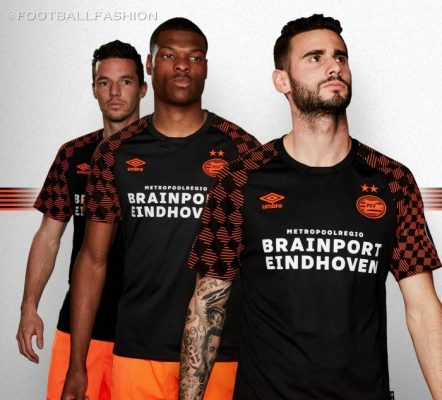 The v-neck jersey is accompanied by orange shorts and black shorts. It will be on sale at World Soccer Shop, Subside Sports, Kitbag, Lovell Soccer, Pro:Direct Soccer and UK Soccer Shop. 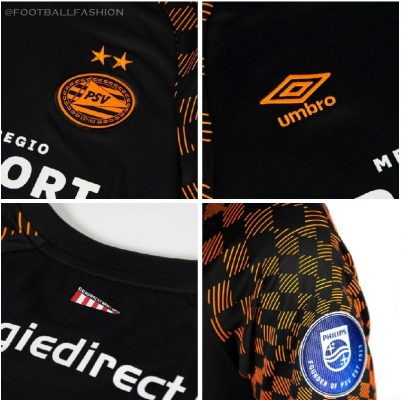