Svenska Fotbollsförbundet (SvFF) and adidas have launched the home kit that the Sweden women’s national football team will wear at FIFA World Cup France 2019 this summer. 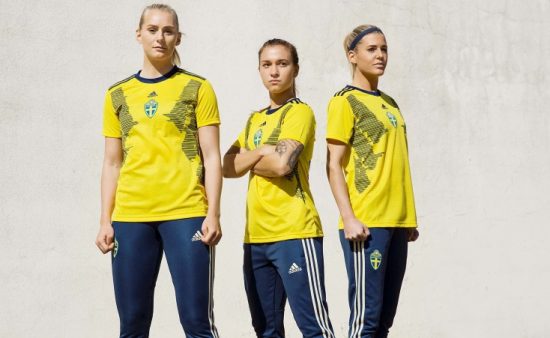 The latest primary jersey to be worn by the 2003 World Cup runners-ups and 2016 Olympic soccer silver medalists is in the familiar yellow based with blue accenting of Swedish football shirts. Its blue ribbed, rounded neckline is complemented by adidas shoulder stripes in the same color. 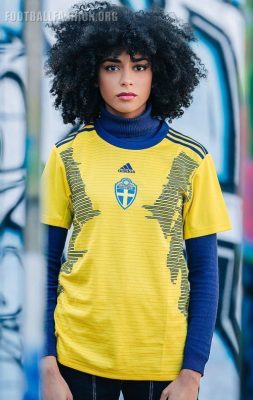 Tonal horizontal pinstripes run across the front with those towards the sides of the kit colored on blue to form blocks of adidas three stripes. The look is reminiscent of a feature on adidas 1990s soccer jerseys. 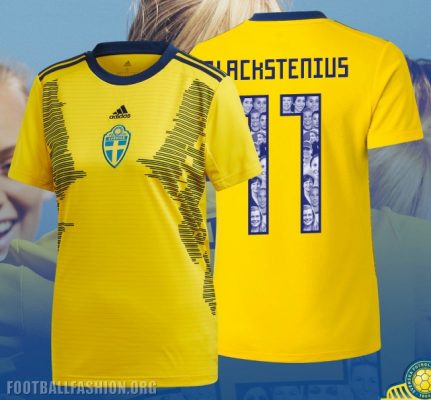 The shirt’s numbers are filled with a collage of pictures of Swedish women’s national team players along with 48 female role models that the team selected. 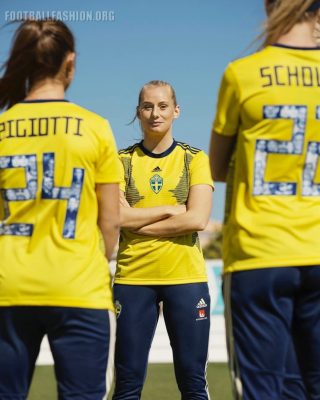 The design is a tribute to the women who, like the national team players created history to pave the way for  future generatios of Swedish women. They include Alicia Vikander, Pia Sundhage, Caroline Farberger, Mouna Esmaeilzadeh and Selma Lagerlöf. 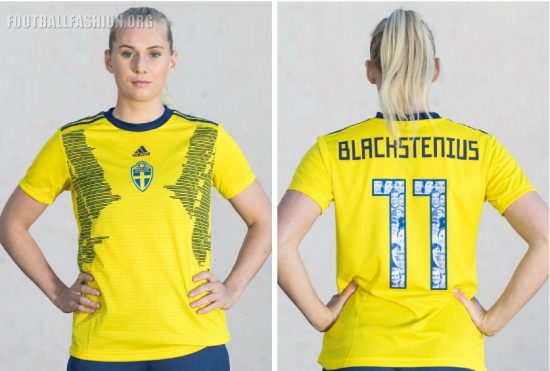 Sweden will debut their 2019 World Cup adidas home kit in a friendly against Germany on April 6 in Stockholm.