A year on from the much-awaited opening of its store in the hip Le Marais district, BAPE®, the legendary Japanese streetwear brand, has teamed up with Paris Saint-Germain, the French capital’s iconic football club, to offer a unique and limited capsule collection. 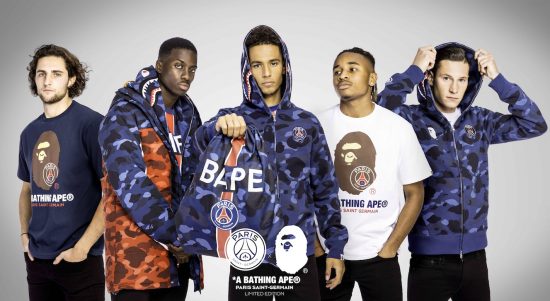 This all-star line-up has resulted in a striking lifestyle collection dedicated to their respective fans. The capsule features 13 pieces, including three items exclusively available for supporters from the capital. 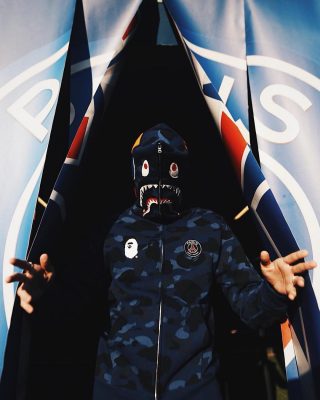 Fans will be able to get a sneak peek preview before the rest of the world on December 1st at the BAPE STORE® in Le Marais and on bapefrance.com and shop.psg.fr/stores/psg/en/ followed by BAPE’s flagship stores in LA and New York on December 8th. 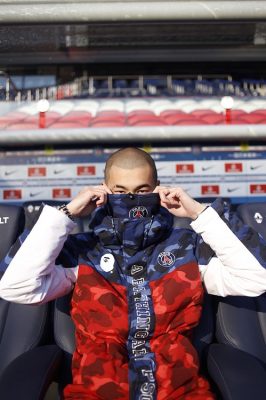 The collaboration will then go on sale to fans at flagship stores in the world’s major capitals in the USA, UK, Japan and China and in the Paris Saint-Germain store at Edifice in Tokyo. 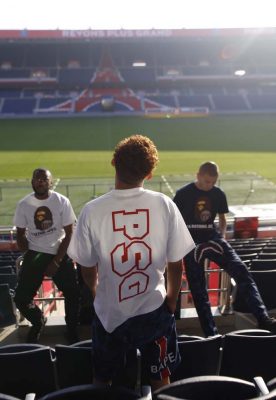 The French Ligue 1 powerhouse unveiled a similar range from Jordan earlier this fall and have been wearing Jordan-branded kits for their 2018/19 UEFA Champions League campaign.