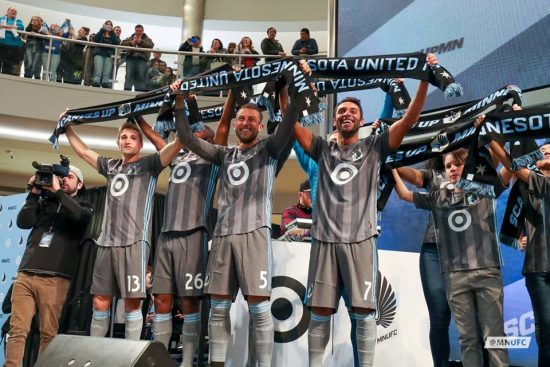 The  Minnesota United 2018 home shirt an all gray affair with alternating lighter colored stripes on its front. It uses a new adidas kit template with a ribbed Henley collar. A single red button is used for the kit’s relatively short placket. The back of the jersey is solid gray for easy visibility of player names and numbers. 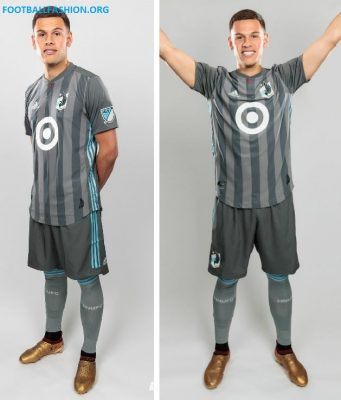 “FOREVER UNITED” is printed in white on the inside neckline of the shirt. Minnesota United’s traditional sky blue detailing appears on the kit via adidas flank striping. The adidas and shirt sponsor logo are white. 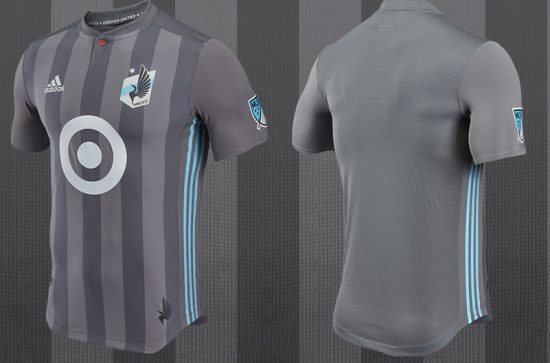 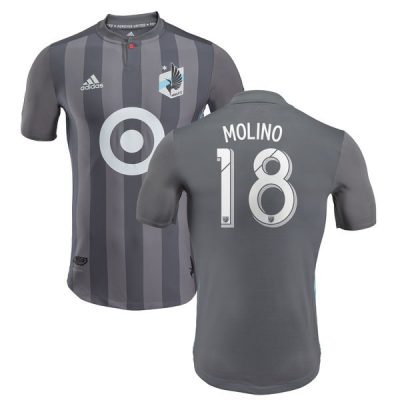 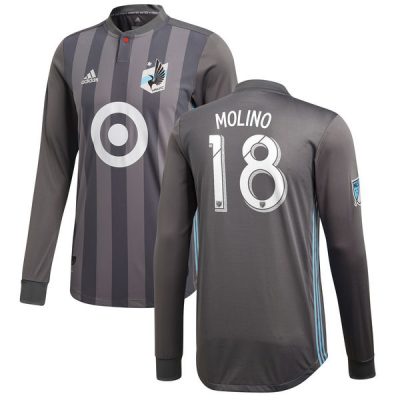