FC Dallas revealed its new 2018 primary kit this week.  The adidas-designed jersey was created to truly represent the spirit of Texas. It will be on sale at  World Soccer Shop, Kitbag, Pro:Direct Soccer and UK Soccer Shop in the lead up to the upcoming Major League Soccer season. 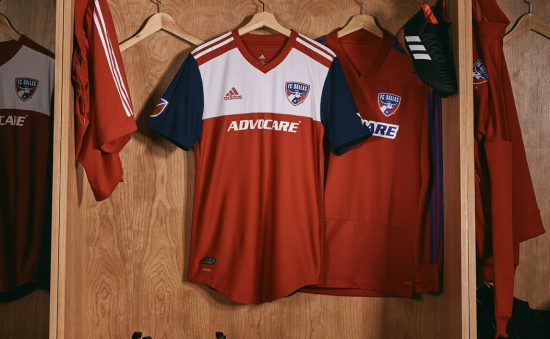 The jersey showcases striking red, white and blue color-blocking and a white, five-pointed star on the left sleeve drawing inspiration from the Texas state flag. The Lone Star also features the initials “LH”, a tribute to FC Dallas founder Lamar Hunt whose ambition, vision and foresight transformed the professional sports landscape in not just Texas but also North America. 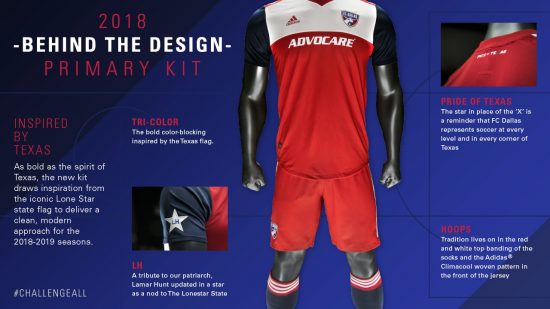 “We wanted a kit that reflects who we are – a bold, Texas team,” said FC Dallas president Dan Hunt. “The 2018 primary jersey accomplishes that with its unique color-blocking and Lone Star symbolism.” 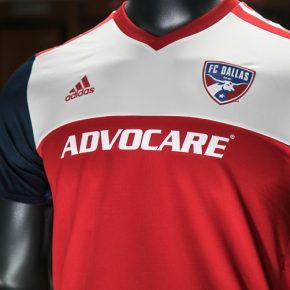 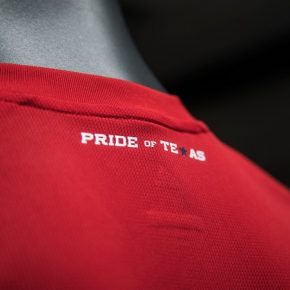 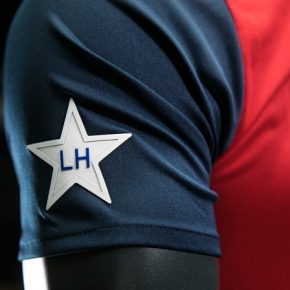 Along the back neckline, you’ll find a stylized version of “Pride of Texas” which features a star in place of the letter “X”. This serves as a reminder that FC Dallas represents soccer at every level, for every age group not just in DFW but all of Texas, as well. 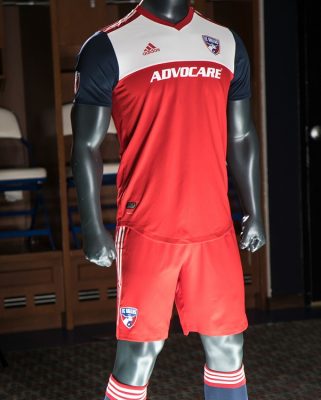 AdvoCare continues to serve as FC Dallas’ official jersey sponsor, an honor it has held since 2012. Their corporate wordmark is prominently showcased across the chest of the jersey in bold white text.

The jersey itself is a slim fit with a curved hem which allows for better freedom of movement. 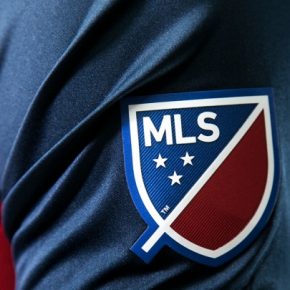 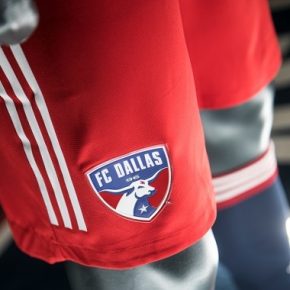 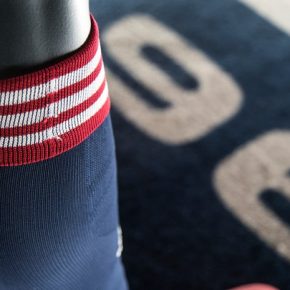 The socks are a bold pop of navy in the leg with a cuff that showcases striking red bands alternating with three horizontal white hoops.

The kit incorporates adidas performance Climacool fabric technology which makes the fabric exceptionally breathable and wicks moisture away from the body. 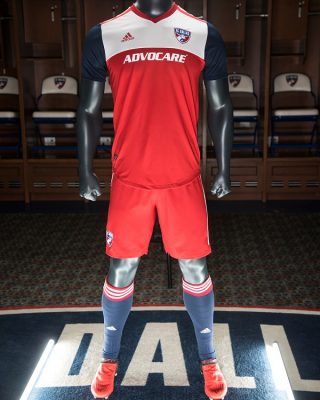 FC Dallas kicks off the 2018 MLS regular season in the new primary kit on Saturday, March 3 at Toyota Stadium against Real Salt Lake.