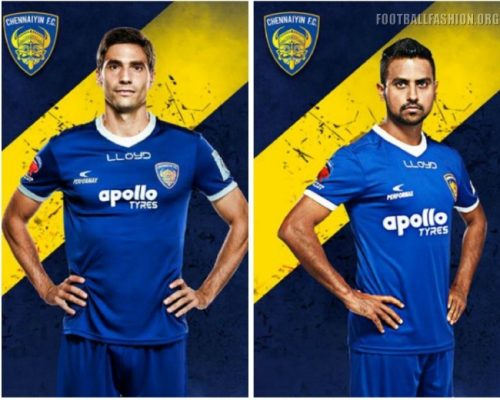 The 2015 league champions are wearing kits from Indian sportswear firm Performax for the second season in a row. 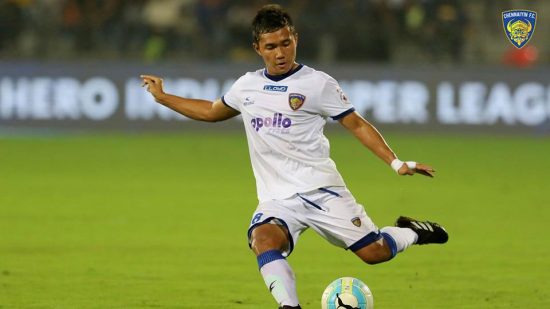 The kits are in Chennaiyin FC’s usual home blue with white detailing and away white with blue accents. Both use the bespoke design from Performax highlighted by a rounded neckline that dips to a v-shape at its bottom from.

The collars contrast with main colors of the jerseys and match with their sleeve cuffs. Sponsor logos appear on the chest and on the right sleeves. A Hero ISL patch is stitched onto the left sleeves of the kits.

Bereft of well-known players this season, Chennaiyin FC has former internationals Elano (Brazil), Marco Materazzi, Alessandro Nesta (both Italy) and Mikaël Silvestre (France) on their books in the past. 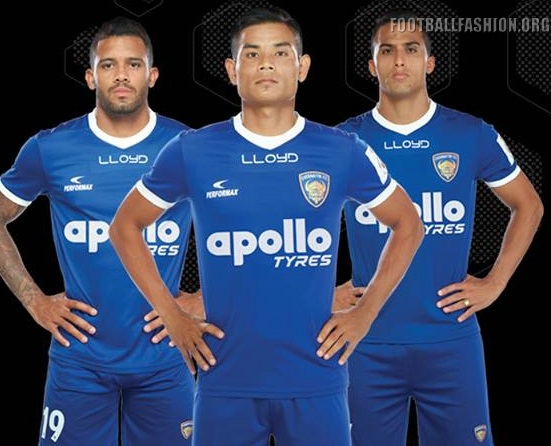