Among the favorites to earn promotion from the Football League Championship to the Premier League next season, Norwich City Football Club will return to competitive action in early August donning kits from longtime outfitters Errea. 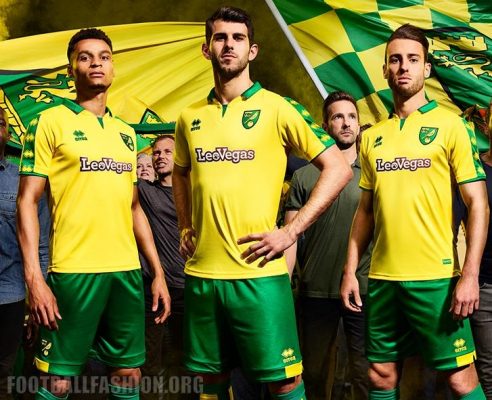 The Canaries 2017/18 home shirt is in their familiar yellow with green accenting. It is inspired by Norwich City’s 1976 to 1981 primary jersey from Admiral. Elements taken from the classic kit include the new shirt’s polo collar, sleeve taping and v-neck. 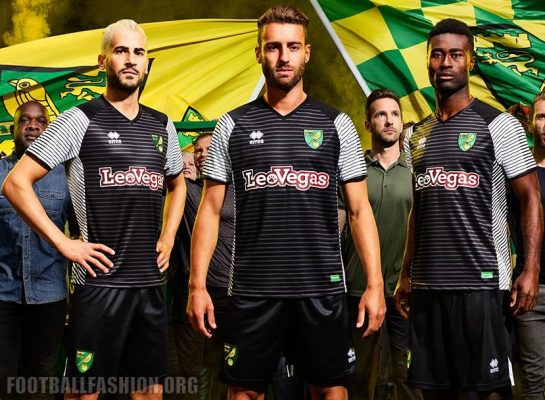 Norwich City’s 17/18 Errea away kit carries a contemporary feel thanks to its the thin horizontal stripes running along its front, back, sleeves and flanks. The v-neck jersey combines black, gray and white via the striping. 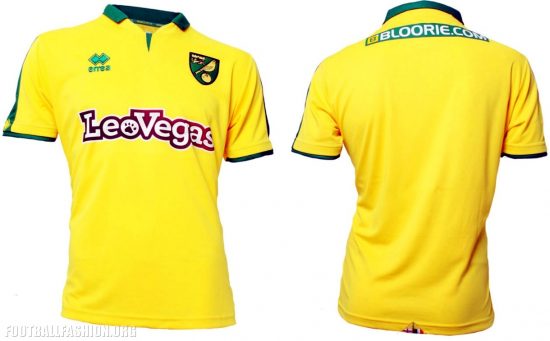 Last a Barclays Premier League club in 2016, Norwich City kick off their 2017/18 season at Fulham on August 5th. 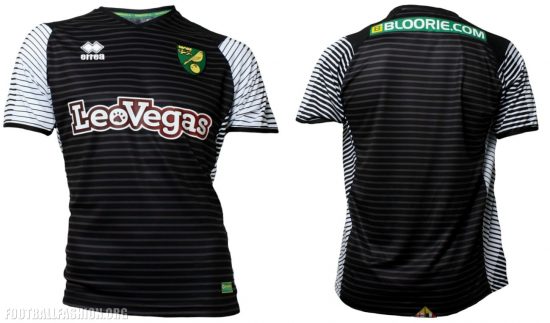 The Norwich City 2017/18 Errea home and away kits will be on sale at UKSoccer Shop and Subside Sports. 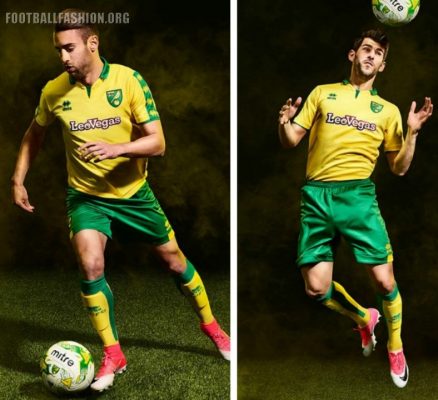 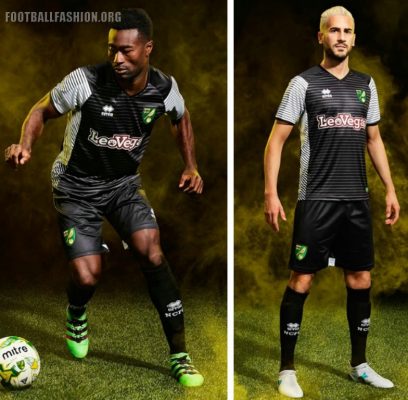