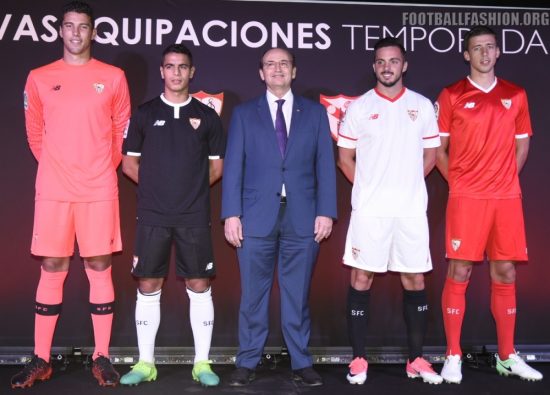 The new collection has been launched as part of the ‘Juega Sin Limite’ or ‘Play Without Limits’ campaign for the 2017/18 season. It will be on sale at World Soccer Shop, Subside Sports, UK Soccer Shop, Lovell Soccer and Kitbag. 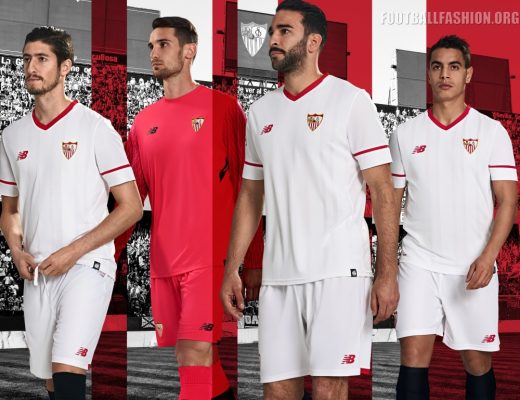 The home kit continues the tradition of bold white kits, synonymous with Sevilla FC. The design features subtle jacquard stripes that run vertically down the kit. A red contrast rib v-neck collar and red heat transfers frame the top shoulders and sleeve which add stylish detail to the clean aesthetic. 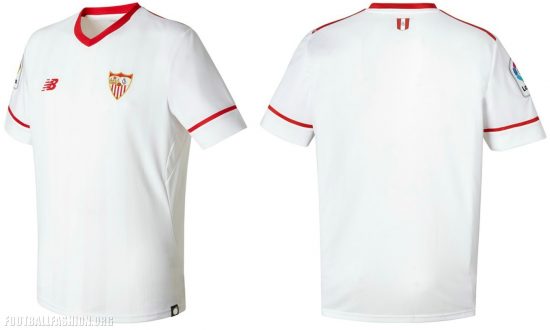 The shirt carry’s a satin stitched full colour woven club crest to the chest while the team’s original crest retains pride of place at the rear nape of the shirt neck. White shorts with traditional black socks complete this year’s home kit. 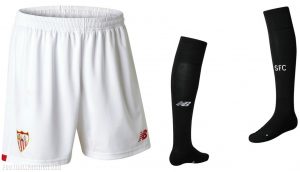 This season’s away kit is dominated by High Risk Red with a contrasting white v neck collar and white inserts to the cuffs. The kit is completed by socks and shorts in the same imposing red with the original club crest sitting at the nape of the shirt neck. 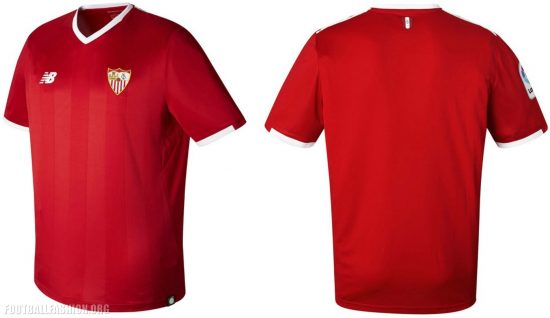 Red has always played a central part in Sevilla FC’s history both on and off the field and this tradition is carried through to the 2017/18 season, with a jacquard red stripe giving the kit a unique look. 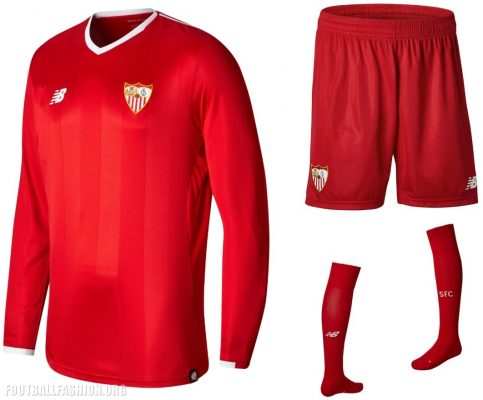 The 2017/18 third kit has a black design with a diamond jacquard which draws influence from walls throughout the city of Sevilla, many of which feature diamond shaped turrets. The kit features a satin stitched full colour woven club crest to the chest while the team’s original crest retains pride of place at the rear nape of the shirt neck. 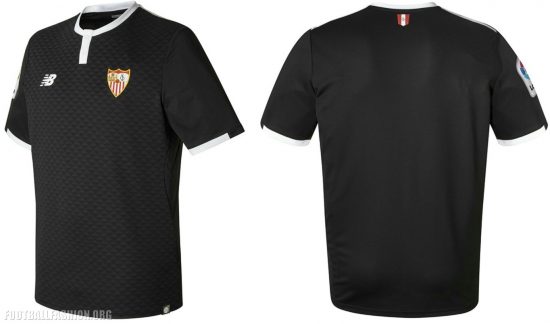 A gold trim along the shoulder and cuffs is set against a contrasting white crew neck collar with button placket detail. The kit is completed with black shorts and white socks. 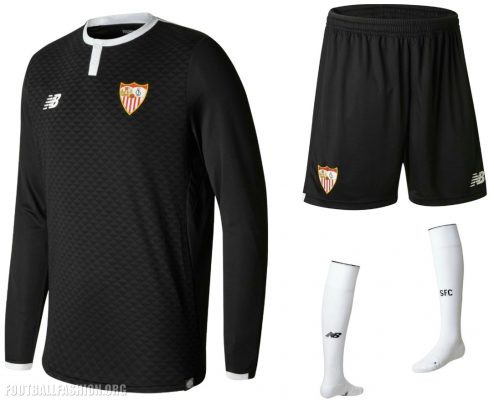 The number ‘16’ is incorporated onto the top of each shoulder on all three kits in memory of Sevilla FC player Antonio Puerta. 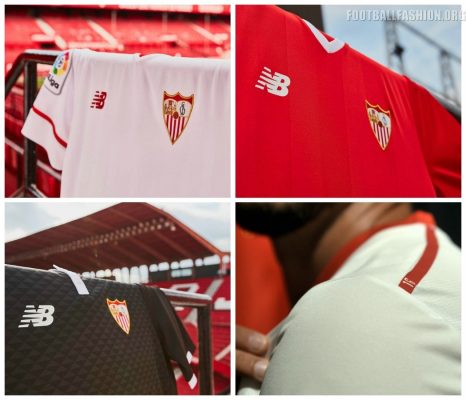 Zonal cushioning integrated within the sock’s ankle and Achilles areas offers added support. The foot bed has been developed with polypropylene to alleviate excess moisture when the foot makes contact with the boot. 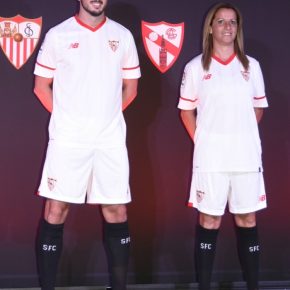 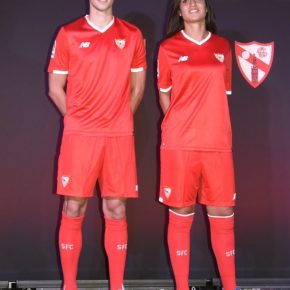 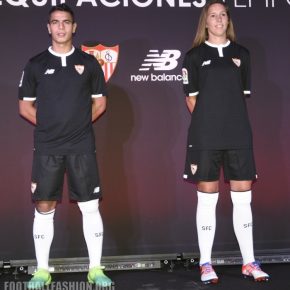 Richard Wright, General Manager of New Balance Football said “It’s been a pleasure to work with the club to develop this fantastic kit collection for this season. Sevilla FC has played a fantastic brand of football this season which has seen them compete with some of the top clubs in the world and I am looking forward to seeing these kits on the pitch and watching how Sevilla FC progress this season.”