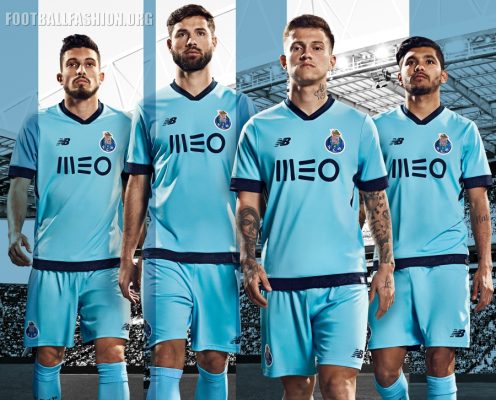 The Dragões (Dragons) latest change shirt has been launched as part of the ‘Joga Sem Fronteiras’ or ‘Play Without Boundaries’ campaign for the 2017/18 season. It will be available at World Soccer Shop, Lovell Soccer, Pro:Direct Soccer, Subside Sports, Kitbag and UK Soccer Shop. 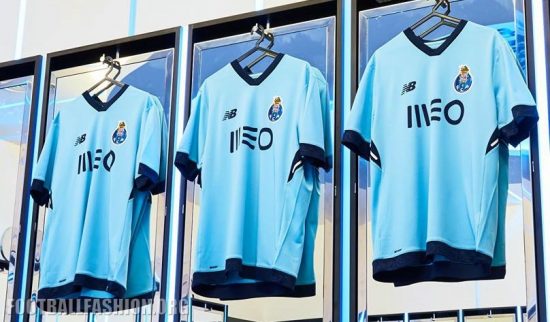 The design for the 2017/18 FC Porto features an Air blue colour scheme with navy embossed trimming around the cuffs, collar and hem of the shirt giving a clean finish with stylish details. 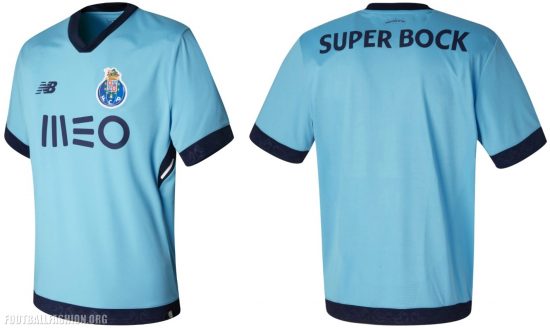 The line ‘Futebol Clube do Porto” which sits to the nape of the neck, along with the flamboyant emboss patterns draws influence from Latin American flair which has proliferated the team. The jersey is finished with a rib collar, full colour club crest and navy NB branding to the chest. 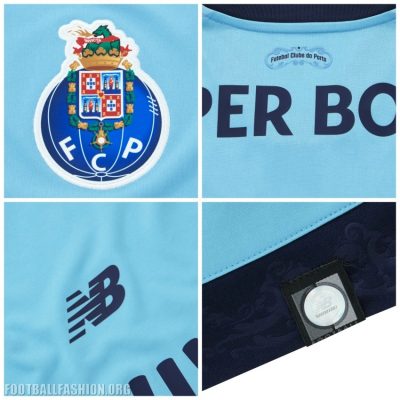 General Manager of New Balance Football, Richard Wright stated: “The FC Porto third kit is part of a very diverse and striking FC Porto kit range for the 2016/17 season. Our design team have worked closely with the Club to incorporate key performance features, as well as ensuring the kit looks good on the pitch. It’s been a great collaborative effort by the entire team and we’re sure the fans will love the new kit.” 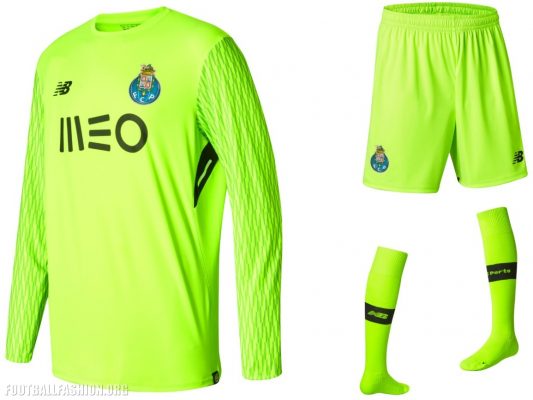 The FC Porto 17/18 third kit has been developed using NB Dry technology, a moisture wicking fabric that helps keep players cool and dry whilst wicking sweat from the body, making it fast drying. 3D stretch mesh under-arm regions and a body map mesh to the back of the shirt have been incorporated to aid movement and airflow around the body. 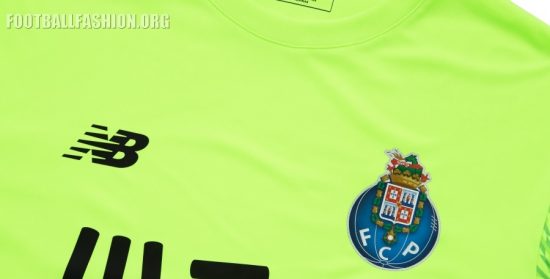 The kit is completed with Air blue shorts and socks. Zonal cushioning integrated within the sock’s ankle and achilles areas offers added support. The foot bed has been developed with polypropylene to alleviate excess moisture when the foot makes contact with the boot. 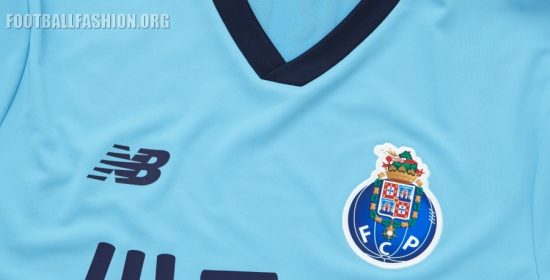 The goalkeeper kit has been engineered in line with the outfield players’ jerseys sporting a mock vent and back body map mesh system to compliment the outfield kit aesthetic. The all Toxic Green design with full colour crest, and black sponsor and NB branding has an opposing look, completed by the tonal three colour sleeve pattern. 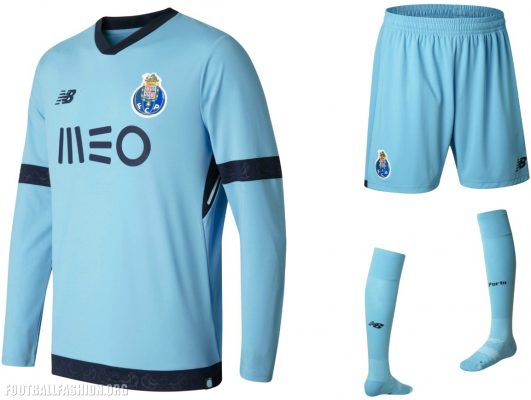 FC Porto player Tiquinho Soares said; “I have been really impressed with the quality of kit in terms of how it looks and how it performs on the pitch. The outfield kit is of the standards that this cub demands and I am looking forward to playing in it next season.”