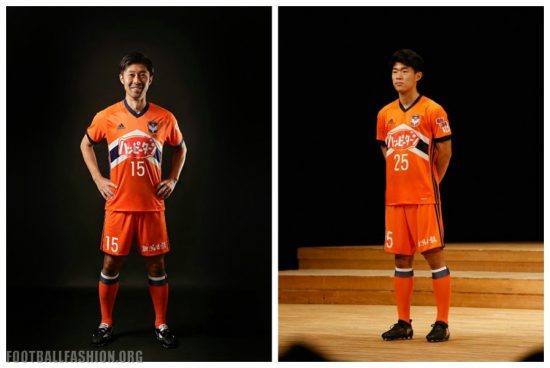 The Albirex Niigata 2017 home and away jerseys are in the club’s traditional primary orange with dark blue detailing and alternate white with orange accents. Both use  new v-neck shirt designs from adidas. 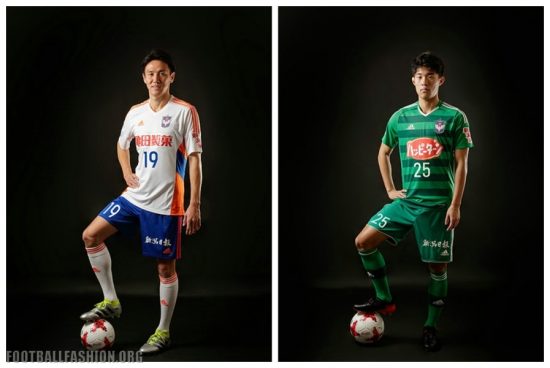 Contrasting side stripes run down the sides of the home kit while adidas’ famous three stripes appear on the shoulders and sleeves of the away jersey. The alternate shirt has relatively oversized sleeve that are reminiscent of the soccer jerseys of the mid-2000s. 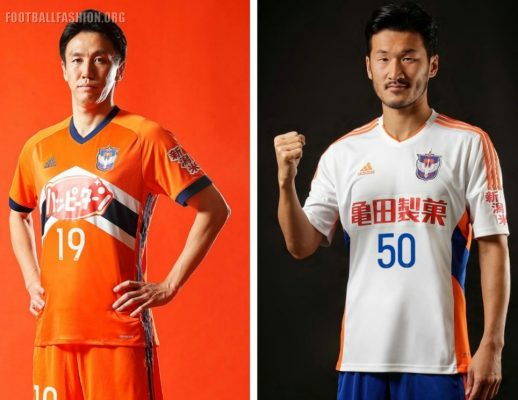 Albirex Niigata is also wearing a green third kit for their 2017 league and cup campaigns. The hooped green jersey is a carryover from the club’s 2016 playing collection. 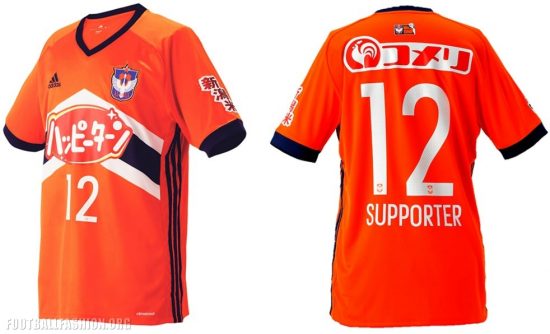 Albirex Niigata are currently in fifteenth place in the J1 League after three matches played in the 2017 season. They travel to Sagan Tosu for J. League Cup action on Wednesday. 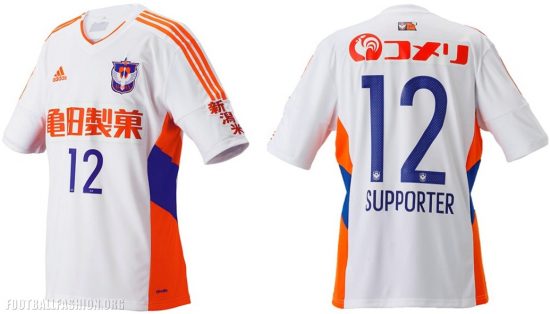