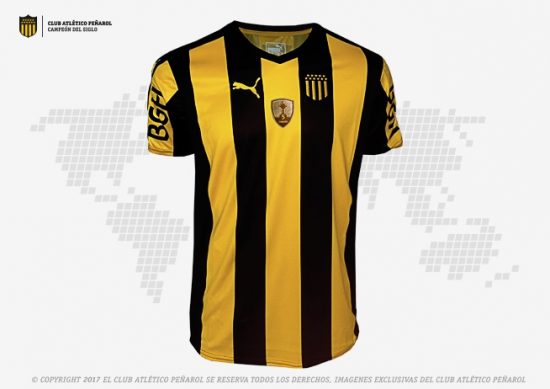 Featuring Peñarol’s traditional black and yellow vertical stripes, the v-neck new shirt was selected via a fan vote. The other design in the voting uses a crewneck collar with horizontal stripes. Since over 44% of the club’s fans selected the hooped look Peñarol has decided to use it for their 2017 alternate kit. 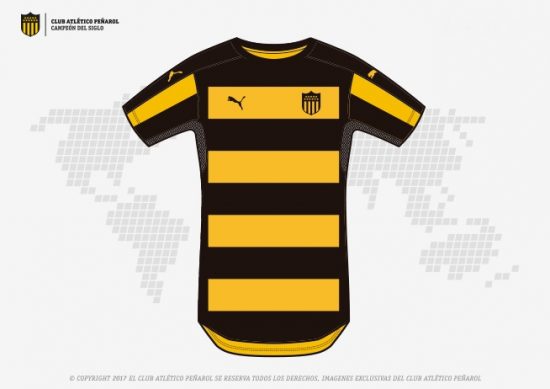 Peñarol are expected to debut their 2017 Copa Libertadores PUMA home kit when they travel to Bolivia for a meeting with Club Deportivo Jorge Wilstermann on March 7th. 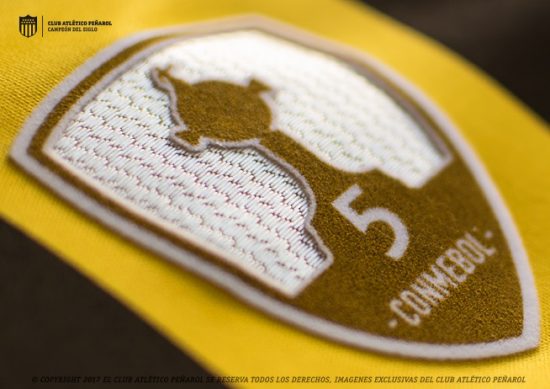