Provided by new Ittihad technical partner Joma Sport, the team’s first primary jersey for 2017 features the traditional yellow and black stripes of the eight-time Saudi Arabian and two-time AFC Champions League winners. It has a classic feel about it thanks to its polo collar and v-neck that can be adjusted by a criss-crossed drawstring. A commemorative patch celebrating Ittihad FC’s 90th Anniversary is printed on the kits mid-breast area. 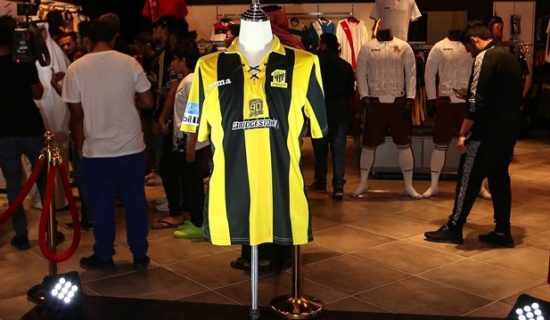 The Ittihad FC 2017 90th Anniversary home uniform is completed with all white shorts and socks that have minimal Joma branding in black. 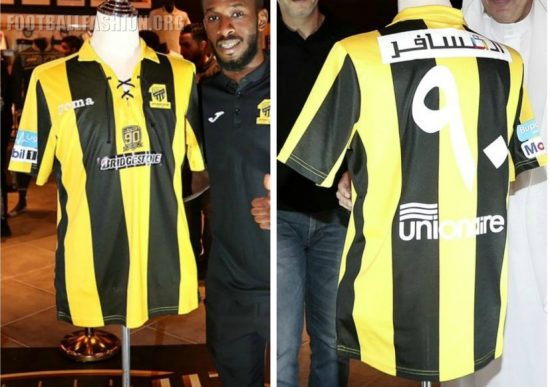