Uganda will wear kits from Italian firm Errea for the upcoming 2017 Africa Cup of Nations tournament.

The Cranes had donned unbranded uniforms in recent times but may be in strips from Errea for their 2018 FIFA World Cup qualifying campaign if a rumored deal between the Italian sportswear firm and the Federation of Uganda Football Associations (FUFA) is sealed. 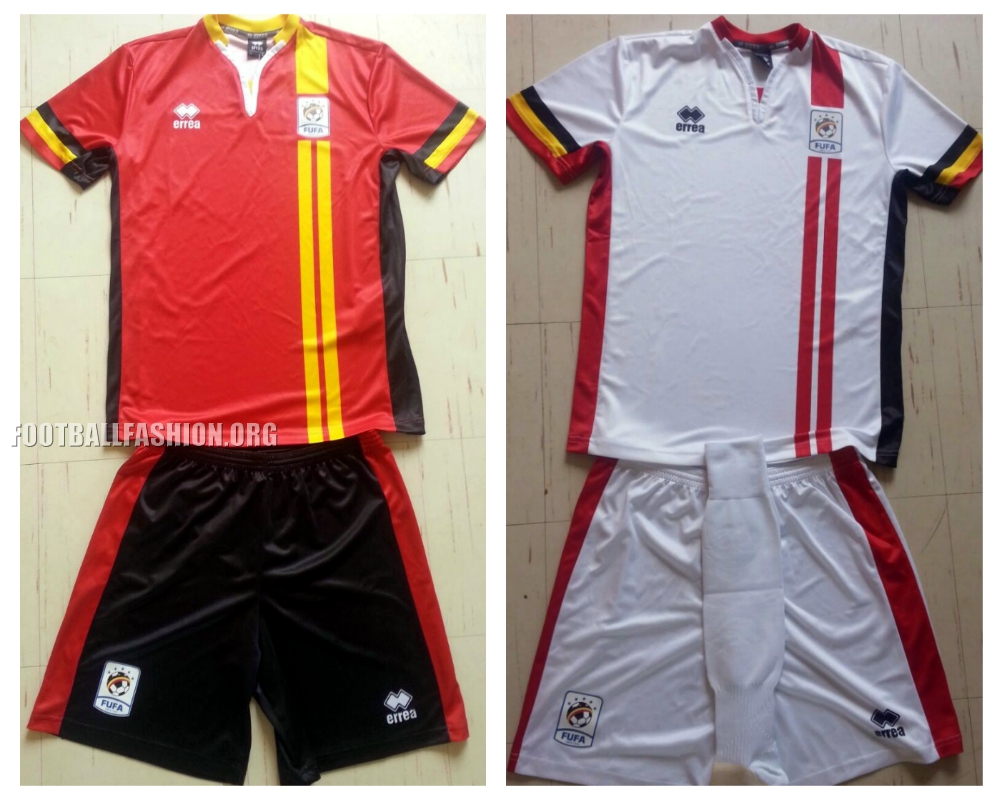 The Uganda AFCON 2017 home jersey is in the team’s traditional red with the detailing in the black and yellow of the country’s national flag. Two yellow stripes run down the left side of the shirt. The stripes have been a feature of recent Uganda primary kits. Uganda’s 2017 African Cup of Nations away kit is mainly white with accenting in red, yellow and black. It uses the same y-neck Errea design as The Cranes new home jersey.

Ranked 72nd in the world by FIFA, Uganda will make their first Africa Cup of Nations appearance since 1978 in January. They are pooled with Ghana, Mali and Egypt in the group stage of the biennial African championship.