Now in the second year of their partnership with local sportswear firm Lacatoni, Sporting Clube de Braga released their 2016/17 home and away kits ahead of the start of the ongoing Liga NOS season.

The defending Taça de Portugal (Portuguese Cup) champions are back in action in their traditional home red and often used away white for their ongoing Primeira Liga run. The new kits will also see European action when SC Braga meets Shakhtar Donetsk, KAA Gent and Konyaspor in the UEFA Europa League. 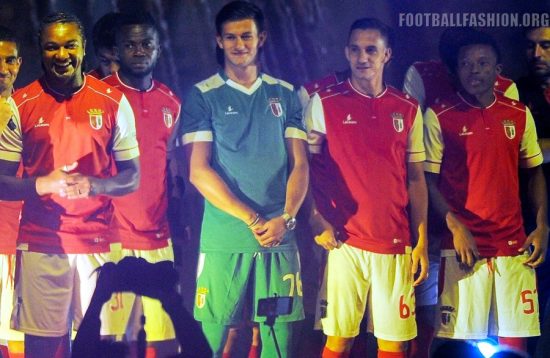 Both shirts use a bespoke design from Lacatoni featuring a modern Henley collar. The home shirt has a series of pinstripes on its front. Both jerseys have “Gverreiros do Minho (The Minho Warriors)” printed on their signoff area and “SC Braga” on their left rear waistlines. 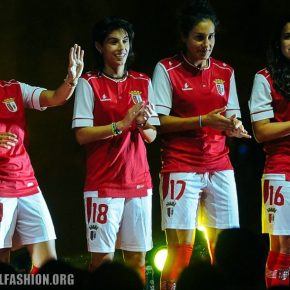 The SC Braga 2016/16 Lacatoni home uniform is completed with white shorts and red socks while the away strip feature red shorts and white socks. 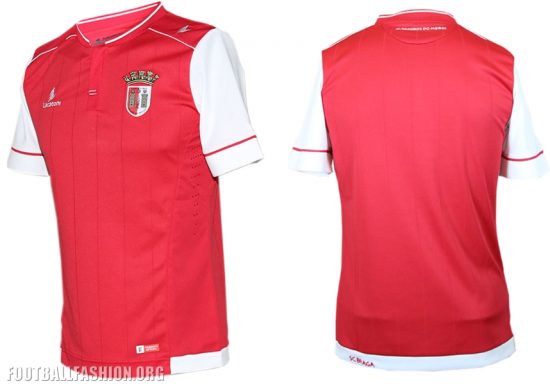 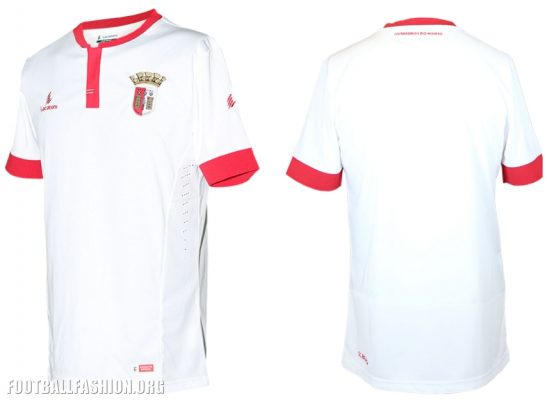