In a kit launch event that may be unmatched, FC Zenit Saint Petersburg unveiled their 2015/17 Nike home and away kits on the Prirazlomnaya oil platform located on the Arctic shelf.

The Zenit Saint Petersburng 2016/17 kits use Nike’s now commonplace AeroSwift template made popular at EURO 2016. Both feature diagonal stripes on their front and back that are reminiscent of the famous stripe as worn on the military uniform of Russia Emperor Peter the Great. A subtle version of the sash that has often been used on FC Zenit kits makes a return on the shirts and blends with thinner diagonal stripes. 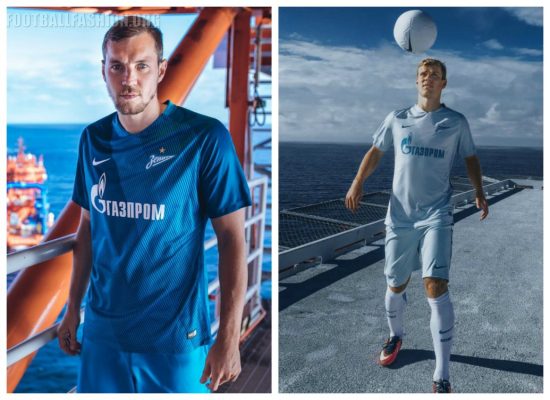 The Zenit Saint Petersburg 2016/17 home kit is in the team’s traditional blue white the away kit is ice-colored to pay homage to the climate in the north of Russia. The v-neck jerseys has a contrasting strip on the rear collar with “Зени́т” (Zenit) written on them.

Third-placed finishers in the Premier League last season, FC Zenit kick off their season against Lokomotiv Moscow on Saturday.

The Zenit Saint Petersburg 2016/17 Nike home and away kits will be on sale at World Soccer Shop, Subside Sports, UK Soccer Shop and Kitbag. 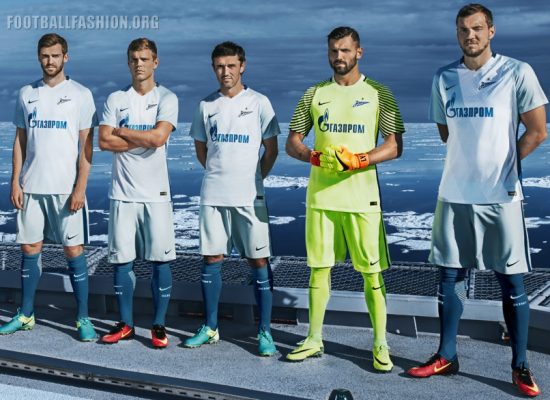