Today New Balance officially revealed the new 2016/17 FC Porto home kit. The shirt has been launched as part of the ‘Outro Nível’ (Another Level) kits campaign for the 2016/17 season. It will be available at World Soccer Shop, Subside Sports, Kitbag and UK Soccer Shop . 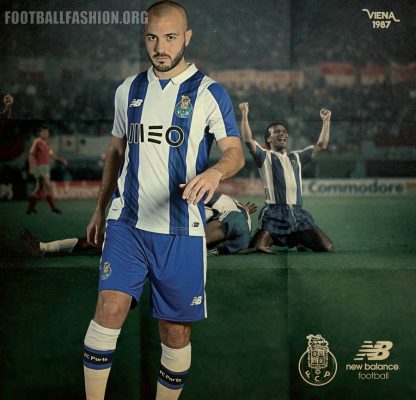 The kit incorporates the famous stripe design from the victorious 1987 European Cup Final win and also includes a part of FC Porto´s anthem “‘Porto! Porto! Porto!’” to the internal hem of the jersey. The iconic stripes feature gradient tones of blue, influenced by the depth of blue tiles that adorn the Estádio do Dragão stands.

General Manager of New Balance Football, Richard Wright said: “This kit is the perfect blend of modern design and rich heritage. It has been engineered to fit the body’s in-game movement perfectly, while better ventilation and body temperature regulation have been built into the NB Dry fabric. Players will not only feel the difference this makes, but are playing in a kit inspired by champions.” 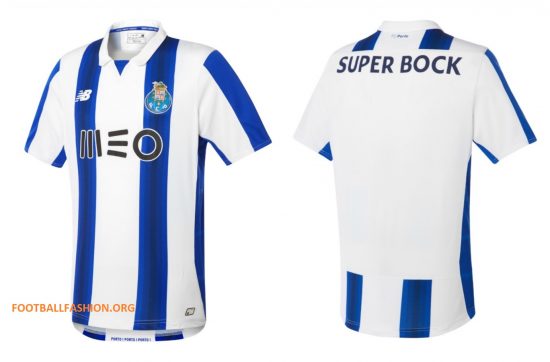 The kit has been developed using NB Dry technology, a moisture wicking fabric that helps keep players cool and dry whilst wicking sweat from the body, making it fast drying. Laser cut and bonded eyelets, placed to the under arm, and an engineered stripe mesh to the side seams aid airflow around the body. Finishing off the design is a hex cornered collar, with a small contrast v-insert, club crest to the chest and the fans’ message incorporated into the internal hem. 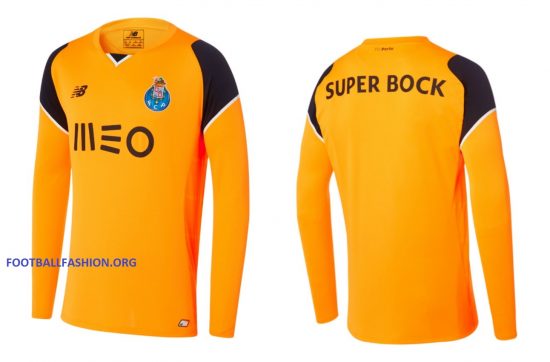 The kit’s shorts have been finished in Oporto blue, with white mesh stripes to the side seams while the socks are all white with gradient blue hoops housing the club’s name. To offer added support to the ankle, the socks have built in comfort zones while the foot bed has been developed with polypropylene to help alleviate excess moisture when the foot makes contact with the boot. 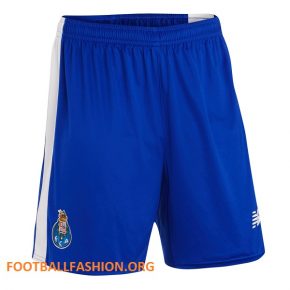 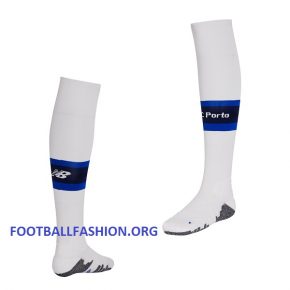 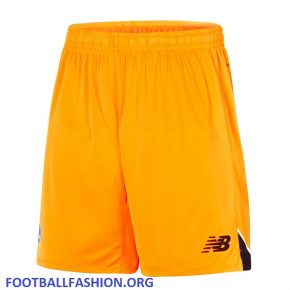 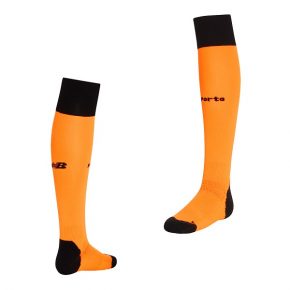 The goalkeeper kit is constructed with engineered black Flex fabric panels to offer a greater range of movement. The Flex zones are called out by contrast white heat transfers, which identify the areas. The Impulse orange design with the black shoulder Flex panel is complemented with Impulse shorts and socks. The colour scheme has been chosen to intimidate the opposition.

FC Porto player André André said: “I love the new home kit. We’re always extremely proud to wear our iconic blue and white stripes, but it’s great to see they’ve been refreshed and have a modern look. I can’t wait to wear this kit, and I know the fans will love it too.” 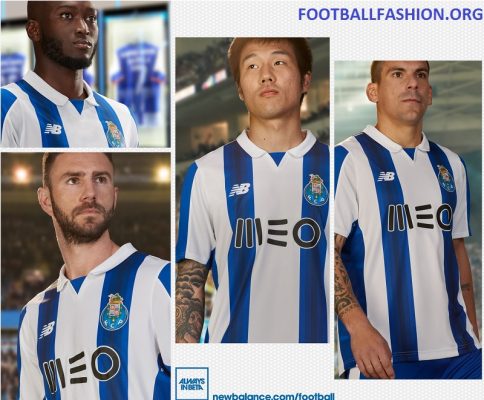