Japanese J1 League runners-ups for the last two seasons, Urawa Red Diamonds unveiled their 2016 home and away kits from Nike on Tuesday. 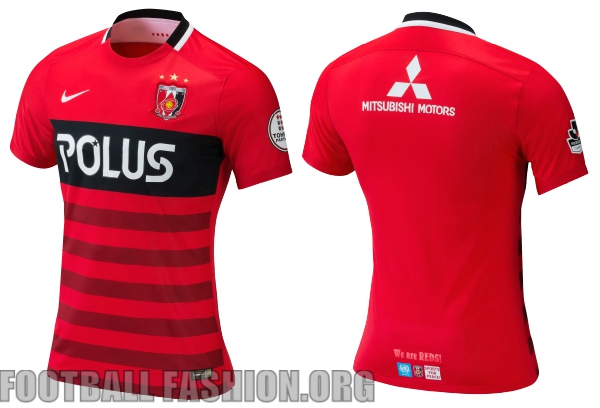 The Reds new home jersey is in their traditional red with a series of horizontal tonal stripes on its front. The stripes are inspired by the manner in which the grounds crew at Urawa’s Saitama Stadium 2002 cuts the grass on its playing field. The rounded collar of the uses the black and white of the Red Diamonds crest on its back half. 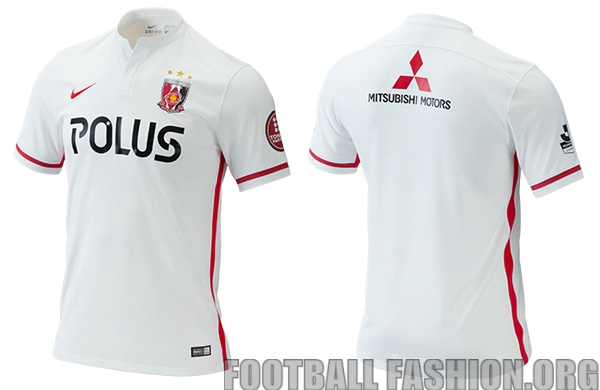 The look pays homage to the kit worn by the club when they defeated Sepahan in the second leg of the 2007 AFC Champions League Final to claim their sole continental title.

The Urawa Red Diamonds 2016 Nike away shirt has a white base. It uses a new design from Nike that features a grandfather collar. Red lines accents the jersey’s sleeves and flanks.

The Urawa Reds 2016 home and away kits for their Japan Professional Football League J1 and domestic cup seasons have Polus as their primary sponsor. Their AFC Champions League kits are sponsored by Mitsubishi. 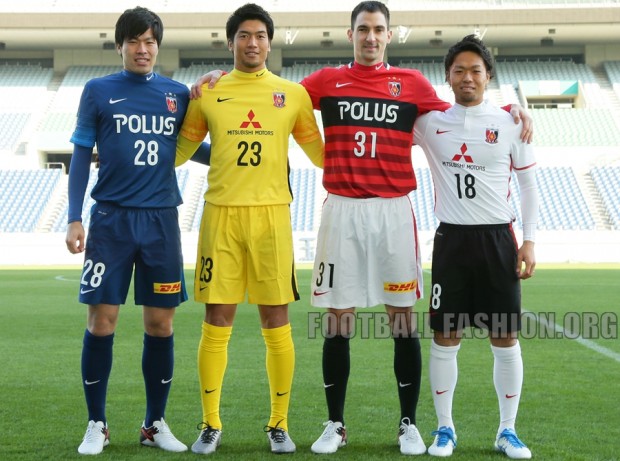