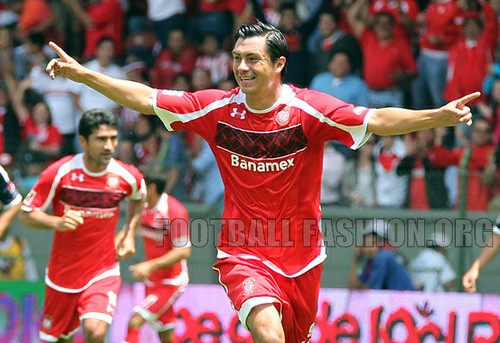 Toluca recently launched its Under Armour 2012/13 home outfield player (now available at World Soccer Shop) and goalkeeper kits. The new uniforms were used for the club’s 2-1 win over Chivas de Guadalajara on Sunday in the first round of the Apertura 2012. Here is a detailed look at them via Under Armour Mexico. 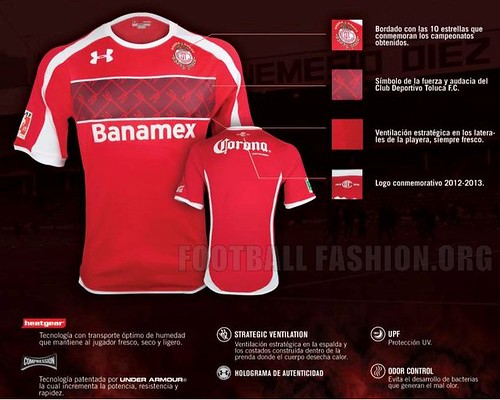 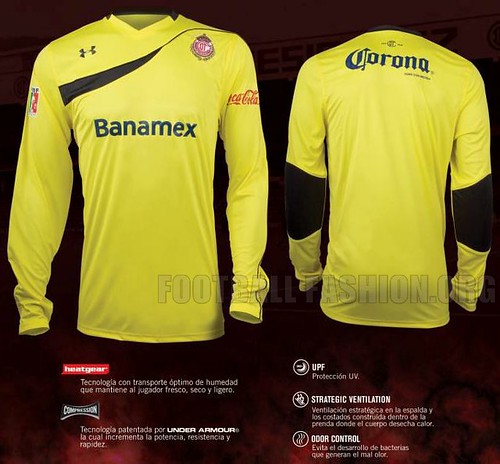 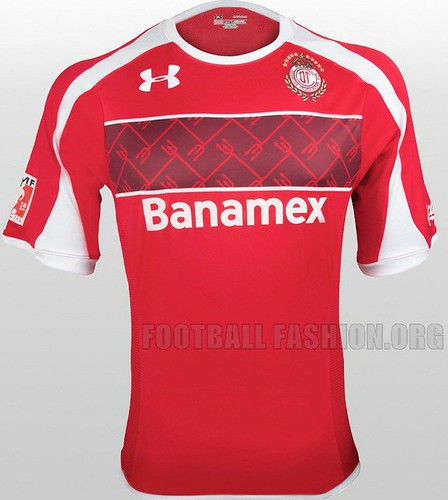