The Football Association of Norway (Norwegian: Norges Fotballforbund or NFF) has officially launched the Norway Umbro 2012/13 home and away kits. Both are now available at Kitbag.

They will be used by Norway’s national teams starting with the men’s friendly against EURO 2012-bound England in Oslo on Saturday and their 2014 FIFA World Cup qualifiers over the next year. 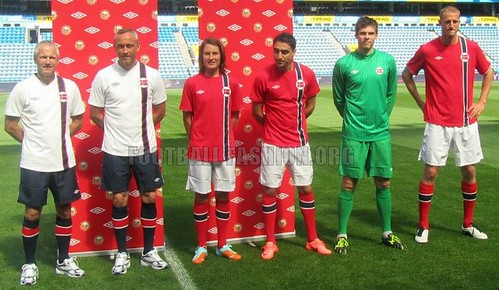 Both kits feature retro-inspired designs with a vertical stripe inspired by the Nordic or Scandinavian Cross that appears on Norway’s flag. The home kit is in Norway’s traditional red with white shorts while the away kit features a white jersey with dark blue shorts. 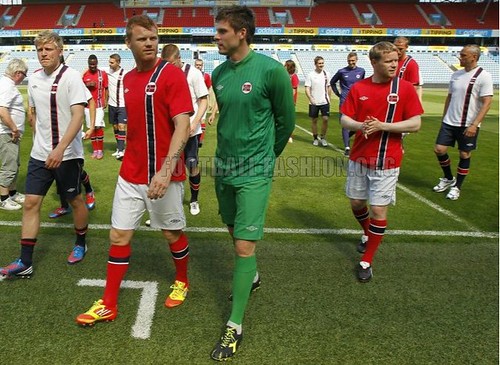 The Norwegian men’s team qualified for the 1994 and 1998 FIFA World Cups and the 2000 European championships. However, the team has not participated in a major tournament since. The women’s team were FIFA World Cup winners in 1995, Olympic champions in 2000 and placed third in the 2009 European Championships. 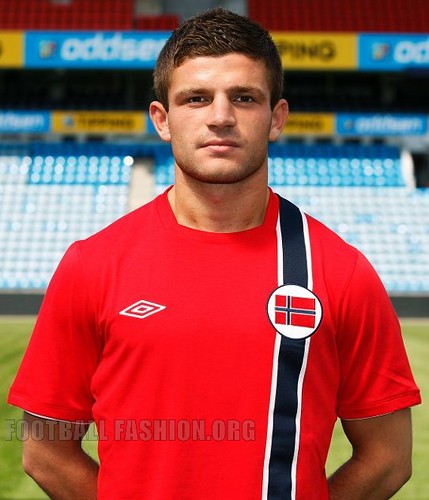 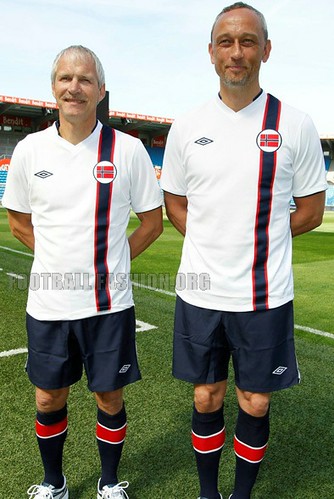 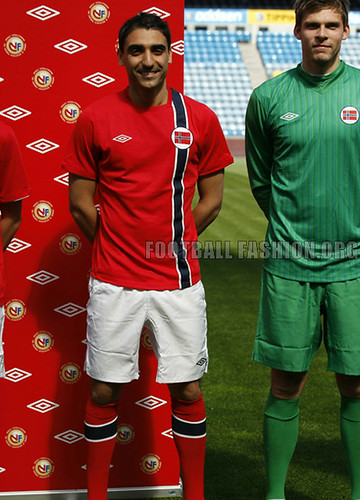 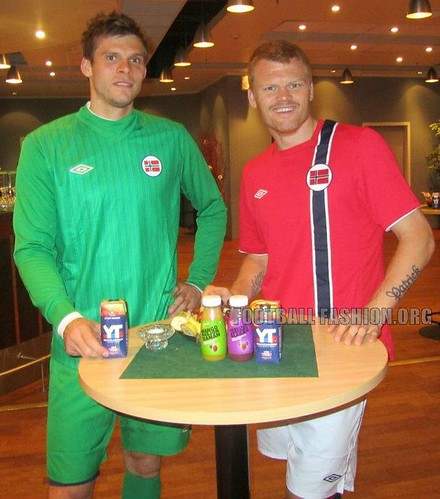