The United States Rugby World Cup 2011 home and alternate jerseys have been released by the team’s gear provider Canterbury of New Zealand. Both are now available at the World Rugby Shop USA Store.

Olympic Rugby Gold medal winners in 1920 and 1924, the USA is considered and up and coming nation in the sport and is currently ranked seventeenth in the world by the International Rugby Board (IRB).

The USA is grouped with Australia,  Ireland, Italy and Russia in Pool C of the Rugby World Cup 2011. The Eagles kick off their tournament against the formidable Ireland on September 11th in New Plymouth.

You can see more of the latest rugby shirts in our Rugby Kits section. 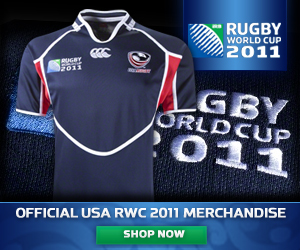