Gwangju FC is a South Korean soccer club from Gwangju Metropolitan City. The newly founded team has joined the top-tier of soccer in South Korea, the K-League, as its 16th club for the 2011 season. 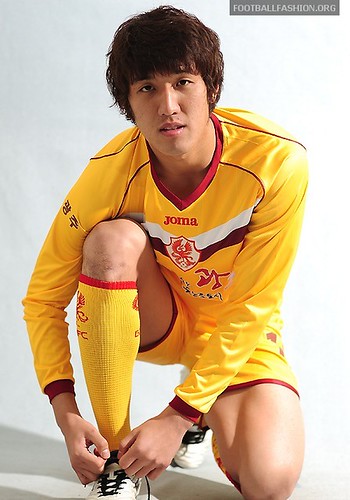 Gwangju FC recently launched its Joma 2011 home and away kits. The new home kit was used for the first time on Saturday when Gwangju defeated Daegu FC 3-2 at the Gwangju World Cup Stadium. Here’s a look at both uniforms along with the club’s first choice goalkeeper kit. 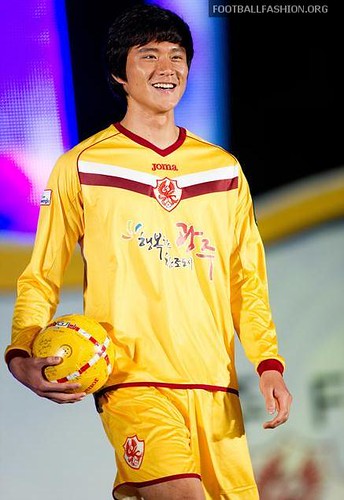 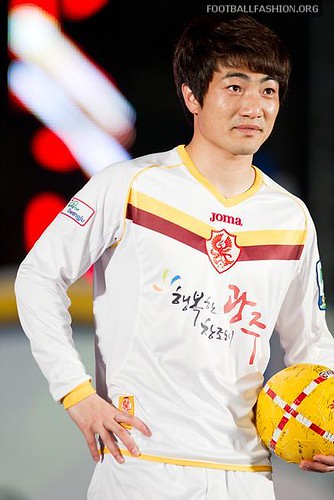 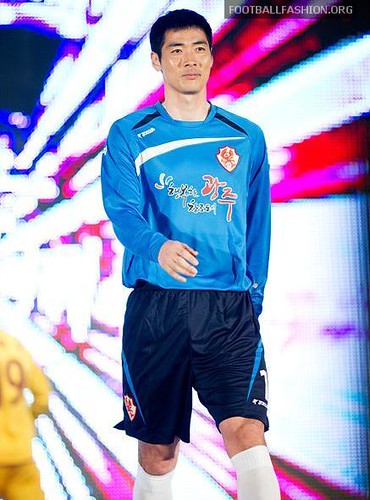