Parma Football Club (formerly Parma Associazione Calcio) is an Italian football club based in Parma, Emilia-Romagna currently competing in the Italian Serie A after gaining promotion from Serie B at the end of the 2008/09 football year. The Ducali were one of Italy’s top teams in the 1990s but fell from grace after a series of financial problems. Parma finished the 2009/10 Serie A season in an impressive 8th position.

Last night, Parma FC presented their 2010/11 Errea home, away and third kits for the upcoming Serie A campaign. All three kits are inspired by Parma strips of the past with the white home kit based on the team’s 1993-94 jersey and the away and third kits carrying elements of those worn by Parma in the 1950s. 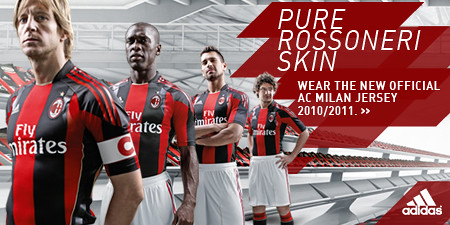