Celtic’s Georgios Samaras 32nd minute penalty and a sublime slotted goal from Paddy McCourt in the 64th gave Celtic their first win in the three matches of their North American tour thus far.

Substitute David Estrada’s goal for the Sounders in the 66th ensured an exciting finish to the match in front of over pro-Sounders FC 45,000 fans.

Switzerland World Cup 2010 player Blaise Nkufo made his debut for Seattle with a solid 60 minutes of action in the match.

Check out our Videos section for game highlights and more soccer related footage. 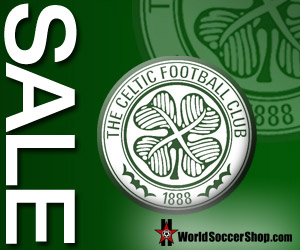